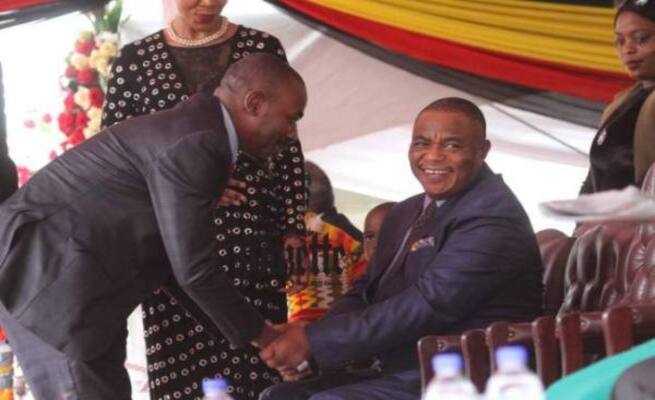 Health minister Constantino Chiwenga has amended Covid-19 regulations to stop the holding of parliamentary and municipal by-elections due to be held on December 5.

The Public Health (Covid-19 Prevention, Containment and Treatment) Regulations 2020 have been amended to say that “the holding of any by-election to fill a casual vacancy in parliament or in a local authority is, for the duration of the period of declaration of Covid-19 as a formidable epidemic disease, suspended…”

The decision is a hammer blow to the MDC Alliance which was hoping to use the by-elections to quickly get its elected representatives – controversially recalled by a rival faction – re-elected and returned to parliament and municipalities.

The MDC-T has caused the recalls of 31 MDC Alliance MPs and senators, and 45 councillors including four mayors.

“The suspension of by-elections in circumstances where Zanu PF and its proxies continue to recall lawfully elected MPs and councillors is a vicious assault on the will of the people and the greatest threat to our democracy. This is fascism. Democracy is dead,” the MDC Alliance said in a statement reacting to the announcement.

MDC treasurer general David Coltart said the development was evidence of a “brazen collaboration between Zanu PF and its surrogates in the MDC-T.”

“They have removed elected MPs, postponed an extraordinary congress to avoid the embarrassment of a low turnout and delayed by-elections indefinitely. Their utterly nefarious plot is now plain for all to see,” Coltart blasted.

The MDC Alliance says the government is insincere about the public health emergency after opening churches, schools, gyms, airports and lifting a ban on inter-city travel while extending working hours.

Zimbabwe went into a lockdown in March and President Emmerson Mnangagwa later imposed an overnight curfew to curb the spread of the coronavirus.

The country of 14 million people, which was already reeling under hyperinflation and a looming scarcity of basic amenities, before the pandemic struck, avoided the worst of the disease. Officials have declared 7,838 cases and 228 deaths so far.

“This is dictatorship at its stinking worst. It only saves to underscore the fact that the regime in Harare is rogue and cannot be restrained by anything, no, not even by its own constitution,” prominent legal eagle Advocate Thabani Mpofu said.

“You don’t need a brain for you to be able to understand that this instrument is perniciously invalid for its or any other purpose; is undemocratic and represents an unwarranted act of political mischief,” the lawyer added.

Chamisa engineered a vote of the MDC-T’s National Council which gave him interim leadership, but Khupe boycotted.

Chamisa led a coalition of parties into elections in July that year, while Khupe kept the MDC-T name and ran as a rival.

The MDC Alliance secured over 100 seats in parliament while the MDC-T got two through proportional representation, and Chamisa ran President Emmerson Mnangagwa close with over 2.2 million votes compared to Khupe’s 45,000.

The Supreme Court in March this year ruled that Tsvangirai broke the MDC-T constitution when he appointed Mudzuri and Chamisa as his co-deputies, and therefore the MDC-T had only one vice president at the time of Tsvangirai’s death – Khupe – who should have gone on as interim leader before an extraordinary congress to elect new leadership.

The court also directed that Khupe should take interim charge of the MDC-T until that congress to be held within three months, and that the party structures that existed at the last congress in 2014 should be re-instated.

Chamisa says his party is the MDC Alliance and not the MDC-T, but this has not stopped Khupe from seeking to take control of the Alliance, including appropriating its elected officials, offices and finances due to the party from the government based on its electoral performance.

Meanwhile, Khupe announced Friday that their extraordinary congress would be held from December 18-20 after obtaining a Supreme Court extension. Nominations by provinces would be held between November 24 and 28, she said.