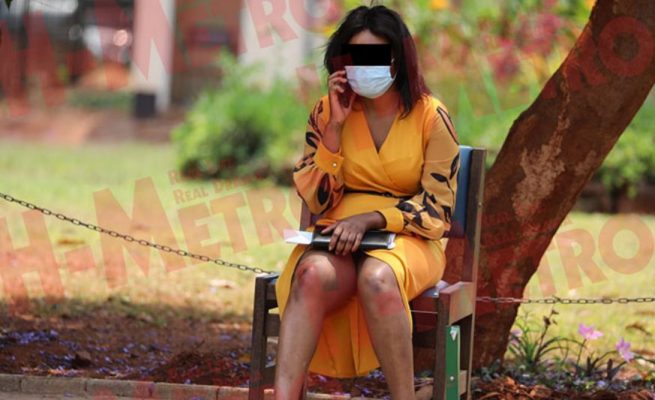 A 31-YEAR-OLD Harare woman says her lover (79) forces her to allow his dogs to lick her private parts.

The lady, who has been girlfriend to Joseph Ettilin, alleges that her boyfriend forces her to have unprotected se_x and forces her to remain nak_ed as his dogs lick her private parts.

The two have been boyfriend and girlfriend for over a year.

Ettilin was not asked to plead when he appeared before Harare magistrate Judith Taruvinga and was released on $15 000 bail and ordered not to interfere with witnesses and to reside at his given address in Highlands.

Prosecutor Lancelot Mutsokoti alleged that in May 2020, the complainant left home and went for a night out party and returned the next morning around 8am and it didn’t go well with Ettilin leading to an argument.

The court heard that while in the bedroom, he then forced her to have unprotected sex with him without her consent and later forced her to be aroused by his dogs whilst she was naked on the bed.

The complainant claimed that she told her boyfriend that she was unhappy with what he was doing to her and he threatened to throw her out of the house empty handed.

He, the court heard, also took some nude pictures of her on several occasions till last month when he let his dogs lick her private parts and threatened her that failure to comply he would post the pictures on social media.

Ettilin later offered the complainant US$60000 as a condition for her to leave his house because he had found another woman and devastated by the action, she lodged a complaint at Highlands Police Station.

The complainant was ordered to move out of Ettilin’s house as he had been ordered to reside at his address.