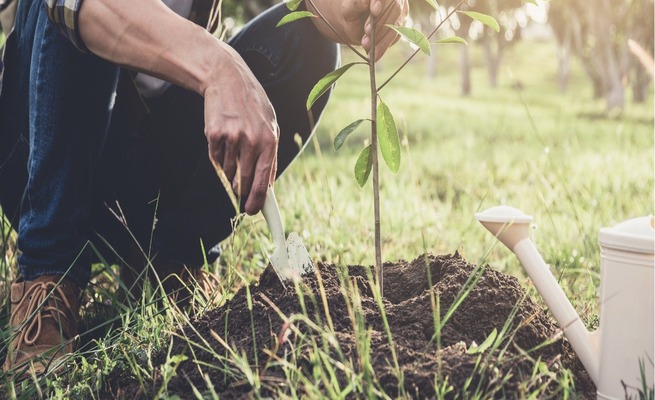 ALL he wanted was a bigger pεnis.

So in 2017, he planted a pεnis tree (mpfunguri) and was meant to cut it once his pεnis had grown to his desired length.

“I wanted to have a bigger pεnis because I wasn’t happy with the one I had. It was the best thing ever when it started to grow.”

But his plan backfired as he cannot find the tree!

Now his pεnis won’t stop growing, chasing away women as soon as he drops his trousers.

The man is now in need of urgent help.

“I’m a Venda man and we have a tree we plant and as it grows, so does one’s manhood. “I was happy when I consulted an elderly sangoma in my village and he helped me,” he said.

The 37-year-old man, who’s originally from Mahwelereng outside Mokopane in Limpopo, but is currently living in Midrand in Joburg, said he and his friend planted their trees in a mountainous area at the same time.

He told Daily Sun even though they planted the trees together, they never planned to cut them together.

“My friend cut his in 2018 as per instruction because he didn’t need a longer length. He already had the size he wanted. But I decided to let it grow another year,” said the man.

“I wanted to have a bigger pεnis because I wasn’t happy with the one I had. It was the best thing ever when it started to grow.”

“I went longer. My erecti0n was stronger,” he said.

The man said he asked his friend last year to accompany him to the mountain area where they’d planted the trees.

But they found so many trees and he didn’t know which one was his.

“We looked for my tree for hours with no luck,” he said.

“It was like looking for a needle in a haystack. We didn’t find it – not even a clue.

“My mistake was to not mark it. I didn’t know which one to cut.”

He said he didn’t know what to do as he couldn’t live like this.

“My girlfriends have left me because of this,” he said.

“It was all fun and games at first, but not anymore. I went back to the elderly sangoma who’d helped me, but he’d died.

“I then consulted different izangoma, but none of them were able to help,” he said.

The man’s friend (36) said he didn’t regret planting his tree and was happy with his size.

“I wish my friend had cut his tree at the same time as me,” said the friend.

“But he refused and said another year would do him good.

“I hope someone who’s dealt with this kind of problem helps. I can see his pain.”

The man’s uncle (59) told the People’s Paper he warned his nephew and his friend not to forget the spot where they’d planted their trees.

“I planted mine when I was in my 20s and I made sure to mark it with a rope and small paint mark for when I get back,” he said.

“This is really a problem and I hope we’ll find help.

“His pεnis will continue to grow if he doesnt.”

Sangoma Maweni Ngobese told Daily Sun even though she’s dealt with this problem before, it was one of the hardest things to deal with for any sangoma.

“I can help him stop it from growing, but I won’t be able to shrink the size,” said Maweni.

“But the process will be painful and it takes a while.”