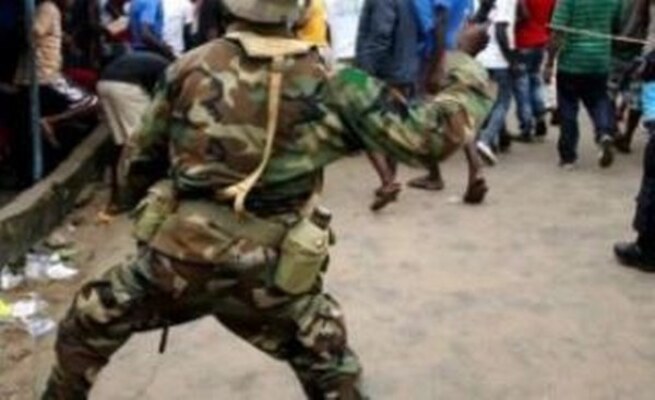 CONTROVERSIAL Mutare resident Pension Gwinyai is back in the limelight over another violence related crime, this time for running over a soldier with his car following a bar quarrel with the serviceman.

The 52-year-old, also known as “Master Payee” in social circles within the eastern border city, has since appeared before magistrate Nyasha Kuture facing attempted murder charges.

He was remanded in custody to October 26 and was advised to apply for bail at the High Court.

Gwinyai, who is represented by lawyer Chris Ndhlovu, is denying the charges.

Ndhlovu indicated in court that his client was critically ill after he was struck with a stone on the head by the complainant, Kudzai Nedziwe (30), a serving member of Zimbabwe National Army (ZNA).

Prosecutors told the court that on October 10, 2020, Gwinyai and Nedziwe had a misunderstanding after the latter tried to restrain the businessman from assaulting an unknown patron at a local night club in Dangamvura high density suburb in the city.

Gwinyai allegedly struck Nedziwe twice on the face with a fist.

This, according to prosecutors, did not go well with the soldier who picked a stone and hit Gwinyai on the head.

Gwinyai then got into his vehicle and drove at high speed and hit Nedziwe who went airborne and landed five metres from the tarred road in an unconscious state.

The soldier is currently admitted at 3 Field Hospital in Mutare and his condition is reported to be critical.

Gwinyai is however not new to controversy.

In May 2014, he bashed a Mutare man who had tried to restrain him from confronting local businessman Nyikadzino Takaendesa for dating his (Gwinyai) then 17-year-old daughter.

Gwinyai had caught the two together.