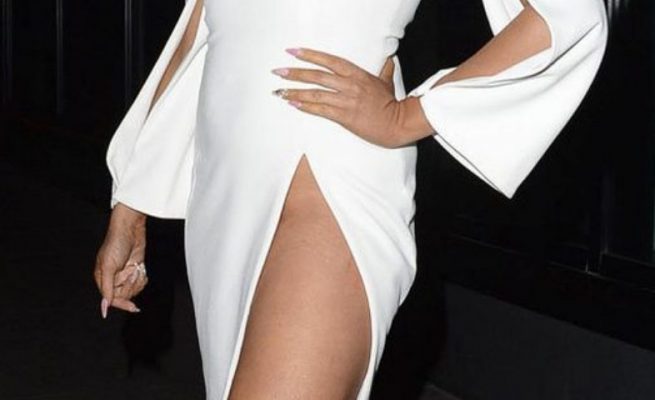 Waist high slits are now a thing, especially on the red carpet and it seems there is a new trend on the rise called vagi_na cleavage from the dramatic slits.

This trend comes from the high slits that leave nothing to the imagination and flash the vagi_na.

Most A-listers who pull this look rarely have undies underneath and their vagi_na at some point become visible.

Some of these ladies though do wear the C-string underneath that covers the vagi_na and lets you have your slit as high as you want.