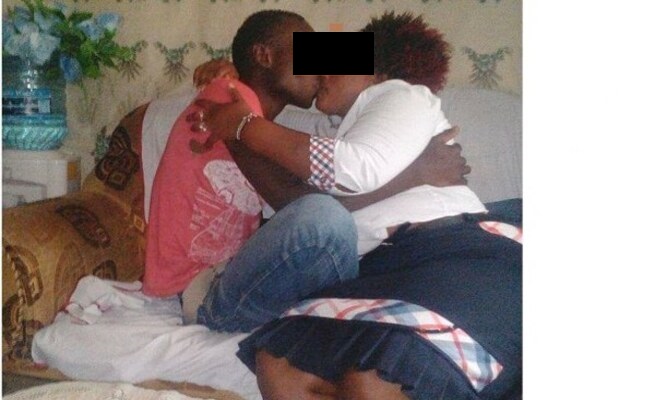 And he tries hard to satisfy her, but he claims she doesn’t respect him and tells him she’s only with him for his huge pεnis.

The Ben 10 even wanted to marry his sugar mama, but she doesn’t want to.

Ishmael Njinga from Tembisa in Ekurhuleni said he was frustrated as he wanted to be more for his woman.

“I’m humiliated and hurt. She’s too controlling and I feel like her puppet.

“I believe the bad treatment has led to me drinking a lot.”

Ishmael said he’s been with his woman for six years.

“She was respectful and treated me like a man in the first years of our relationship, which has been sour for the past two years,” he sobbed.

“She tells me she’s older, and my role is to satisfy her and nothing else.”

On top of that Ishmael, a mechanic, claimed his woman didn’t want him to go out with friends.

“I don’t socialise with friends after work, and I have to be home with her bossing me around.

“I feel like I’m nothing. She always tells me to keep quiet when I state my opinion.”

He claimed his woman abuses him emotionally.

Sugar mama Ermelina Sithole, a street vendor, said: “He’s childish and there’s nothing he can tell me. I’m getting tired of this man.”

She threatened to break the SunTeam’s camera.

Neighbours said they were worried by the way the sugar mama treated Ishmael.

“He’s always complaining about the way she ill-treats him and makes him feel less of a man,” said one neighbour.