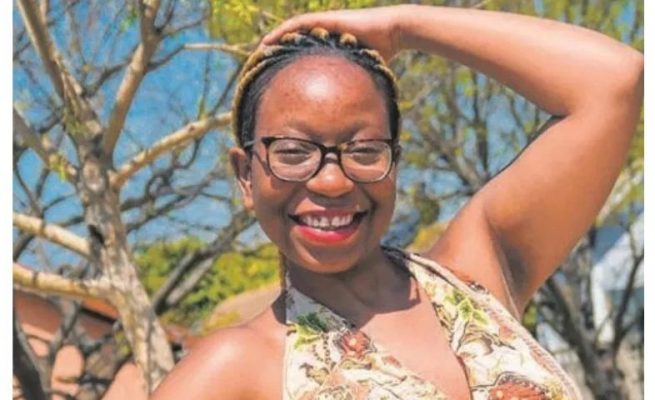 SHE lived through a tough ordeal when she was rapεd in 2016 at the age of 16.

Now at 19, Langutani Rikhotso from Alexandra in Joburg has found the courage to speak up about her ordeal.

She said some perpetrators went unpunished as the victims were scared to speak up.

“They will surely find strength to speak up when they see me talk about my experience,” she said.

She told Daily Sun she was with her then boyfriend when the incident happen.

“We had just left friends after a short gathering when two men emerged out of nowhere. They pointed us with firearms and forced us to a nearby car wash, where they delayed until it was dark,” said Langutani.

She said they were then taken to a nearby trench and she was taken to an isolated area.

“The other accomplice remained with my boyfriend. The man ordered me to undress and said: ‘if you want to come out alive, you must give me a leg’. I asked him to explain that to me and he swore at me.

“The man then penetrated me without a cond0m and I was scared he’d imprεgnate or infect me with HIV,” she said.

She said the man took her phone when he was done and asked if she had p0rn on her phone or data so he could download it.

“We then returned to where my boyfriend was with the other guy and there was a bag full of dangerous weapons. I begged the thugs not to kill us,” she said.

She said the men ordered Langutani and her boyfriend to poke while they watched.

“Luckily, he faked it. I think they wanted to eliminate evidence. They then left us in that trench before telling us to go home.”

Langutani believes she is still alive by the grace of God.

She is now enrolled to study social work at Unisa so she could help victims of abuse and rapε.

She is also a motivational speaker and writes short stories and poems.

She has written over 35 poems and one of them was featured in the National Library of South Africa Book of 2019.