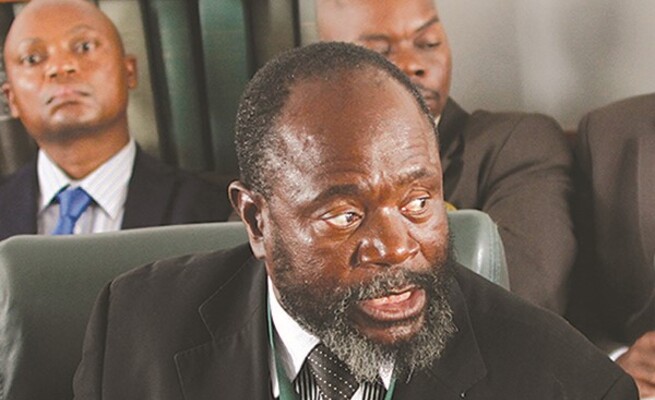 BUHERA South Member of Parliament Joseph Chinotimba on Tuesday caused a scene at Belvedere Vehicle Inspection Department by blocking a Norton man’s vehicle he suspected of carεssing and kissing his second wife.

VID officials and onlookers were treated to a show as Chinotimba and team dragged Mahachi of Maridale Park while assaulting him accusing him of dat_ing his second wife Locardia Dzitiro. 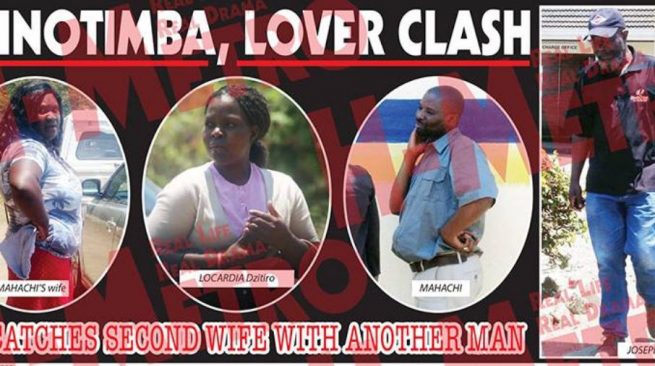 Mahachi’s movements with Dzitiro were reportedly being monitored and his luck ran out when he parked his vehicle near VID where he is reported to have received a thorough beating.

Dzitiro confirmed her shenanigans with Mahachi arguing that Hon Chinotimba was no longer giving her the attention she needed as a young woman.

“To be honest with you they found us. We were not having sεx but they were quick to accuse us of ki_ssing and carεssing,” said Dzitiro.

“VaChinotimba lost affection for me long ago and does not give me the attention I expect as a young woman, apa havabvire nekuda vana vadiki vavasingazokwanisa.

“I am his second wife with three children and we lost a child recently. He had taken that child for DNA saying the baby was not his.

“He opened up about accessing the DNA results which he never showed me; only to tell a police officer.

She also took a swipe at her lover’s wife whom she accused of not giving her husband enough love.

“VaChinotimba ordered me to pack my belongings and I do not care. I am leaving him,” said Dzitiro.

Mahachi refused to entertain H-Metro as he struggled to walk.

His clothes were soiled with dust after the scuffle that saw him being dragged out of the car.

Mai Mahachi removed her wedding ring and handed it over to Mahachi before police officers claiming that God had disclosed the latter’s evil actions that had caused suffering to her family for some time.

MP Chinotimba narrated how he came to track Dzitiro and take the late baby for DNA tests.

“God who is above knows everything and I am sure all the photographs of what you were doing will be shown to you in due season.

“In May this year I discovered that this woman was cheating on me and I decided to take our last born for DNA tests but I ended up harassing the DNA officials over delaying to give me results which I want to believe were influenced by this woman.

“I later collected the results and kept them although the child later passed on.

“You must collect your belongings and I will accompany you to your parents since there is no more affection between us.

“At one time this woman asked me to look for alternative accommodation for her and I refused since she wanted to rent a house in Hopley leaving free accommodation in Belvedere.

“That was the time I suspected that she was cheating and I kept on seeing Mahachi’s small car around our area,” he said.

MP Chinotimba wrestled with this writer ordering the deletion of what had been captured after learning that H-Metro had been following proceedings.

“What are you doing here?” asked Hon Chinotimba charging towards the writer.

“I am supposed to be at the farm and you want to write this nonsense; Can you delete everything you recorded?

“I do not want this published. Please, police officers take his mobile phone and delete everything,” he said in anger.

He later calmed down and got into his vehicle and left, ordering his children to follow.

Dzitiro and her sister had to walk to Belvedere while Mahachi and his wife were accompanied by two police officers to Norton after Mai Mahachi threatened to assault her husband over the matter.