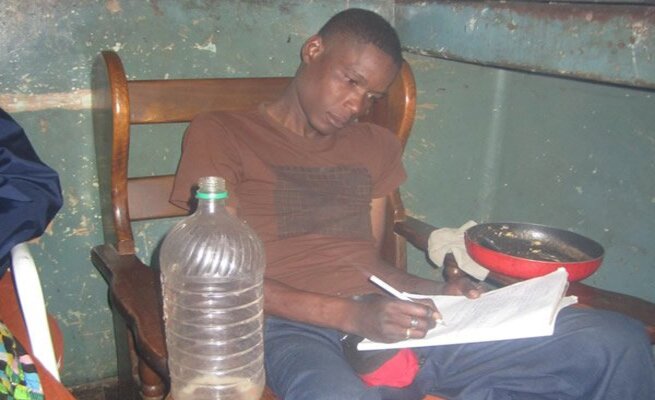 CONTROVERSIAL dancehall chanter Soul Jah Love has once again confirmed his undying love for ex-wife Bounty Lisa through a yet-to-be released song titled Hatisisiritose if a snippet from the video of the track shared on DKT Family Records Facebook page on Wednesday is anything to go by.

In the song that features Humba, Soul Jah Love recounts the misery of losing the love of his life who has since moved on and re-married a secret lover only identified as Paul. They have since been blessed with a baby boy.

Bounty Lisa and Soul Jah Love, who had become a celebrity couple, had a nasty break-up as a result of the latter’s supposed violent behaviour and excessive drug abuse.

“Munhu wese anoda ku winner hapana anoda ku loser asi apa ndinenge ndaka loser ndangova fuza (Everyone wants to win, no one wants to lose, but on this one I lost and I am going crazy),” he sings in one of the verses.

In the same song, Soul Jah Love suggests that the songstress should remove the tattoo inscribed with his name at the height of their love in 2017 while also threatening that theirs will forever be a love triangle as he could not let go of her.

This is not the first time, Soul Jah Love has gone public about his intimate feelings for his ex-wife.

“We are currently separated, but honestly speaking, I love that woman from the bottom of my heart and I will never love someone else the way I do to her. I may be immoral outside my marital home, but that won’t change the fact that I love her,” he said in a radio interview last year.

While Soul Jah Love appears to still have warmth for Bounty Lisa, it could be too late to rekindle the flame with the song coming at a time the songstress appears to have settled with her new man.

News Muza Mpofu - 11 May 2021 0
A MBARE man landed in the dock yesterday after he reportedly stole from the Deputy Chief Magistrate Bianca Makwande in a smash and grab...
Loading...