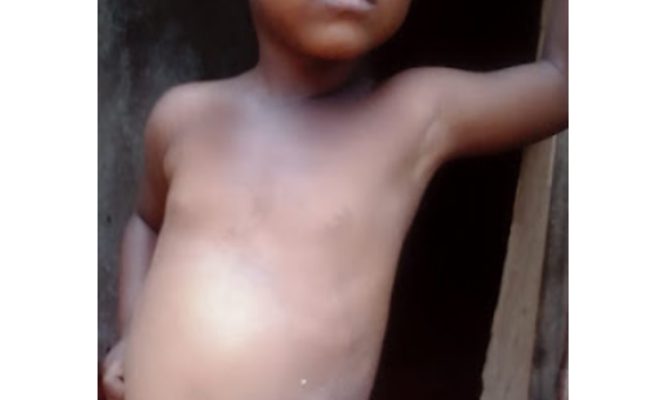 A three-year old girl, Talliah Kachuta, of Glenview 1 who was born without an αnal passage and is using a hole drilled on her stomach to get rid of body waste needs to undergo a colostomy closure operation for her to use the normal excretion organ.

The colostomy operation requires US$7 200.

The child’s mother Patricia Timire, who is unemployed, said the baby was born without an αnus and she underwent surgical operation at Harare Hospital on her belly so that an alternative excretion passage could be created.

The αnal passage has since healed but for it to start functioning, doctors should close the stomach hole first, a medical procedure which costs thousands of US dollars.

Her family says the child is being stigmatised by other children who do not want to play with her as she is often covered in fαeces and flies.

“She is growing up and now she can see and tell that she is different from other children. It hurts seeing her cry everyday because she does not have any friends. Sometimes people look at her and ask many questions about why she is like that and this makes her feel uncomfortable,” said the mother.