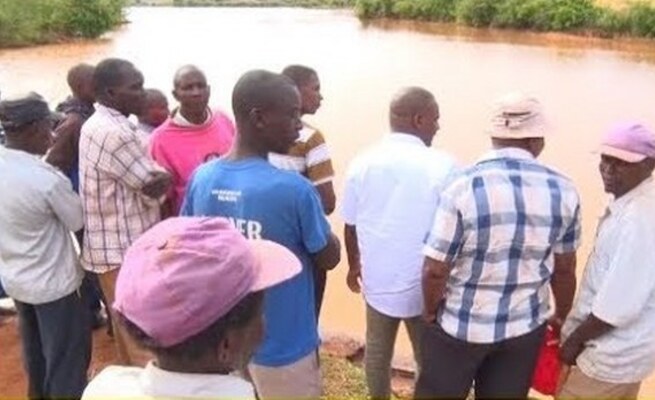 THE sun was scorching hot yesterday, so Nthabiseng Radebe (16) and Maphelo Klass (13) went for a swim in the Klipspruit Valley Stream.

Sadly, they both drowned trying to save one of their friends.

Their friend was rescued when emergency services personnel responded to the incident in the area.

“When we got here, we were scared to go inside the water because we don’t know how the kids got swept away. We called emergency services for help.”

She said there were four of them, including one who went out to look for help.

“These kids are always playing here. We tried to reprimand them, but they never listen because they are used to playing in that area,” she said.

Nyakallo said Nthabiseng’s mother was deeply hurt by the incident.

Maphelo’s mum, Nomandla, told Daily Sun: “He drank tea and said he was going to his brother. He was well dressed and I let him go.

“After a short while, a child came to our house and told me my child had been taken by the river. I rushed to the scene.

Maphelo’s sister, Phindiswa, said her younger brother was helping another child who was rushed to hospital.

Joburg EMS spokesman Robert Mulaudzi said: “This morning we got a call from the councillor that there was a drowning incident. We found there were three kids alleged to be playing along the river stream. One girl was rescued from the incident. The other two were recovered from the stream, but unfortunately were confirmed dead after our resuscitation efforts were unsuccessful.”