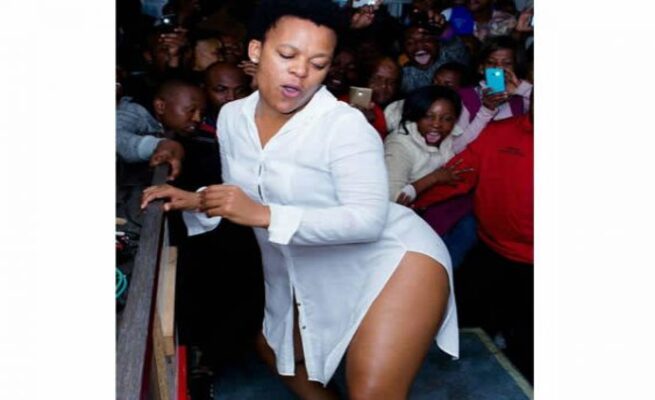 Vusi paid lobola for his girlfriend, Thenjiwe Mpanza, over the weekend.

He posted a picture of three men on Instagram and captioned it: “Ngithembe nina.”

A few hours later, he posted a picture with Thenjiwe, thanking her family.

The couple became the talk of the town when Zodwa accused Vusi of defrauding her.

In August, Zodwa claimed that Vusi went to an Audi dealership and took a car in her name.

She filed a case against Vusi at Empangeni Police Station in KZN.

Vusi then came back into the limelight and people found out that he had moved on with Thenjiwe. They then started trending on social media platforms.

Zodwa and Vusi started dating last year and broke up earlier this year. She had already met Vusi’s family by the time they broke up.

Zoswa also made the headlines when she allegedly assaulted Vusi’s sister, Mbali Buthelezi, in August.

This was after Vusi and Mbali shot a video, mocking Zodwa’s hunt for Vusi.