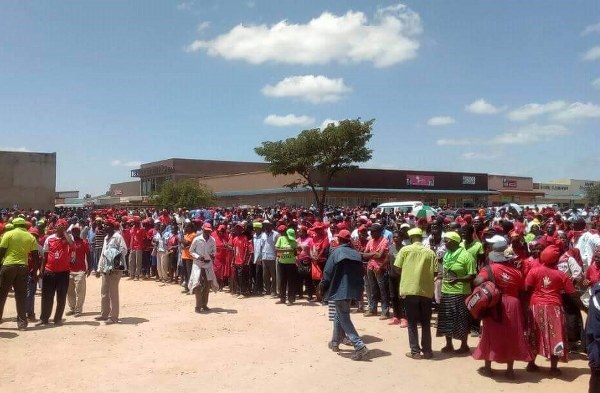 Former MDC-T Proportional Representation MP Fanny Chirisa has died. Chirisa who was also a member of the National Executive Council (NEC) died yesterday, and her death was announced by the MDC Alliance in a Twitter post that said:

“The MDC Alliance is saddened to learn of the passing of prominent women’s rights activist & former MP, Hon Fanny Chirisa. Hon Chirisa was a member of the MDC Alliance National Executive Committee. We extend our deepest condolences to her family on this sad loss.”

According to the MDC Alliance Chirisa was born on 10 November 1951 and other members of the party like Gladys Hlatshwayo described Chirisa as a hero:

“She was committed to the upliftment of women especially in politics. Thank you for the consciousness Sisi Fanny Chirisa. Rest In Power qhawe lamaqhawe! Till we meet again”

Chirisa was a staunch gender activist and at some point, she was an MP for the country’s biggest opposition party.

Mourners are gathered at 1391 Picknick Park, Waterfalls, Harare and the party is yet to announce burial arrangements.

The party has been plunged into mourning again a few months after mourning Miriam Mushayi and an MP who was recalled by Khupe.