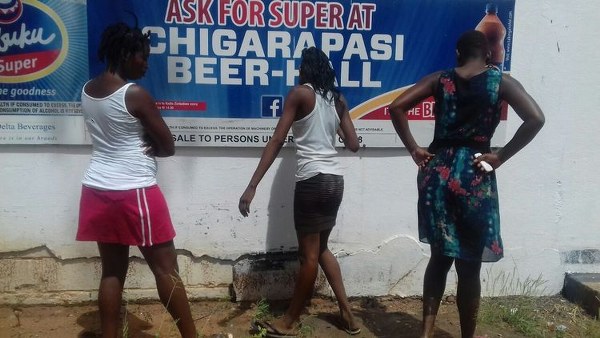 A Mathematics teacher from Zvishavane, who had absconded work to go and conduct illegal mining, died after he fell headlong into a 15-metre deep mine shaft while lowering his colleague with a rope.

The incident occurred last Wednesday when Pesanai Chiresve (42), of Izaya Park in Zvishavane who is a teacher at George Chipadza Secondary School in the asbestos mining town fell headlong into the mine shaft while conducting illegal gold mining at Hall 8 Mine.

Sources at the mine said on the day, Chiresve was mining with friends Enias Makaya (51) of Izaya Park, Tafadzwa Makasi (21) of Dadaya and Cleopas Gumbochuma (49) of Hillview, Zvishavane. The source said when Chiresve was lowering Makasi into the mine shaft, which is about 15 metres deep, using a manual hoist, he lost control of the hoist leading to him falling headlong into the shaft. He died instantly. The source said Makasi who was already in the shaft came out and informed the others who reported the matter to the police.

Meanwhile, in Masvingo, schoolchildren in some parts of the province are venturing into gold panning and even pr0stitution due to poverty.

In an interview Mr Chikosi said idleness was partly to blame as some children last went to school in March. He said in instances some girls as young as Grade Six in Gutu and Bikita Districts are turning to gold panning while some are now employed as maids.

“Almost 40 percent of children from Grade Six to Form Six in a community went for gold panning. The first three months were okay because the youths were hopeful that schools will open and also they were busy in the fields and herding cattle. Thereafter the following three months there was no hope of reopening and the Covid-19 had affected the livelihood issues. Most of the boys went for gold panning and some tried going to South Africa.

“We are now realising that in Chivi and in Mwenezi along Runde River there is gold panning. It means they want to get extra cash to survive at home. The environment that is along Runde is survival of the fittest so the young girls end up involved in prostitution,” he said.

He said that from the interactions that they are having from their community-based workers, three children from Gutu District were admitted to a local hospital after they were intoxicated. Mr Chikosi said parents have limited appreciation of the parent to child communication and there was a missing gap in addressing sexuality education.

“Lockdown created a vacuum in which schools were closed and the community-based workers were operating from home so it was difficult for people to access services and it created a lot of challenges among young people. Parents have limited appreciation of the parent to child communication in terms of sexual education. A parent would say as far as sex education is concerned pupils will learn it from school and so the missing link was the parent as the children are at home.”

He said his organisation has however engaged the parents to have an appreciation of Comprehensive Sεxual Education because the more they talk to their children the more they become responsible.