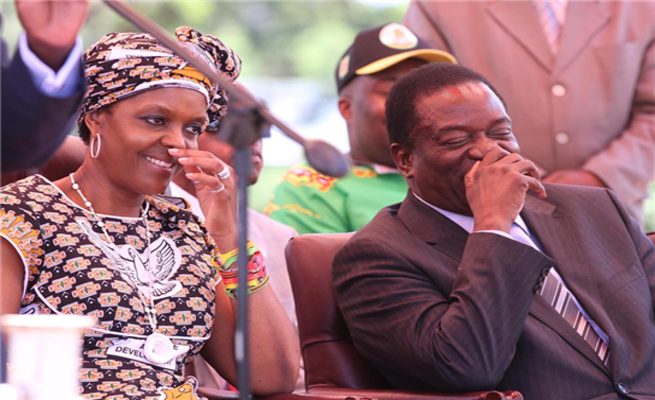 PRESIDENT Emmerson Mnangagwa’s government has defended its move to ensure that former first lady Grace Mugabe receives a luxury car and a house as part of a host of benefits.

On Friday, the government gazetted a statutory instrument on Presidential Pension and Retirement Benefits (services and facilities for spouses of former presidents).

Grace, whose husband, the late Robert Mugabe, was ousted in a military coup in 2017, will become the first beneficiary of the regulations as the statutory instrument only covers the period from December 31, 1987.

Zimbabwe’s only other former first lady is Janet Banana, the widow of Canaan Banana, who left office before December 1987.

Grace, who emerged as Mnangagwa’s bitterest rival prior to the coup, will receive a “Mercedes Benz E300 or one fourwheel-drive station wagon or an equivalent or similar class of motor vehicle and one pick-up van”.

The vehicles will be replaced every five years.

She will also get an entertainment allowance and two foreign trips annually where she will fly business class.

Her workers would be allocated a vehicle or vehicles as seen fit by the president.

Mugabe’s widow would be entitled to two security personnel, a driver, personal secretary, one aide-de-camp officer, a fully furnished office, domestic employee, one gardener and one cook.

“We came up with the statutory instrument because we now have a former first lady, who should be given pension benefits,” Ziyambi said.

The gazetting of the benefits came at a time when Mugabe’s family is said to be bitter that Mnangagwa’s government did not give the former strongman his benefits before his death on September 6, 2019.

After the coup Mnangagwa issued a statutory instrument that said a former president was entitled to a house on about 5 000 square metres of land, and a Mercedes Benz S500 Series or an equivalent class of motor vehicle, among other benefits.

His family says Mugabe only got $400 000 and was not able to access his other pension benefits deposited in a local commercial bank.

The family members also feel government has failed to protect Mugabe’s investments, with his citrus plantation invaded by gold panners since 2018.

The panners are also accused of being behind the stealing of cattle from Gushungo Dairies.

It is alleged, Mugabe’s dairy herd of around 2 500 cows has been reduced to less than 500 due to theft.

“We feel the most important thing now is to protect Mugabe’s investments,” a Mugabe relative working at the Mazowe estate said.

Police spokesperson Assistant Commissioner Paul Nyathi said he needed to establish the nature of the alleged reports with Mashonaland West police before he could comment.

Ziyambi insisted that the government had done its best to look after Mugabe before his death.

“I think government actually surpassed its promised benefits in the Mugabe case,” he said.

“I think in the region we rank the best in the way we looked after our former president. Everything was done.”

He said it was up to Mugabe’s family to follow up on the other benefits that he was entitled to such as the housing stand.

On the cattle rustling cases, Ziyambi said Mugabe’s family should approach the police.

“Cattle rustling is a widespread problem, it is not targeted,” he said.

“Even where I come from, it is happening.”

Mugabe’s death resulted in a huge fallout between the government and Grace after she blocked a Heroes Acre burial, saying the long-time ruler had chosen Zvimba as his final resting place.