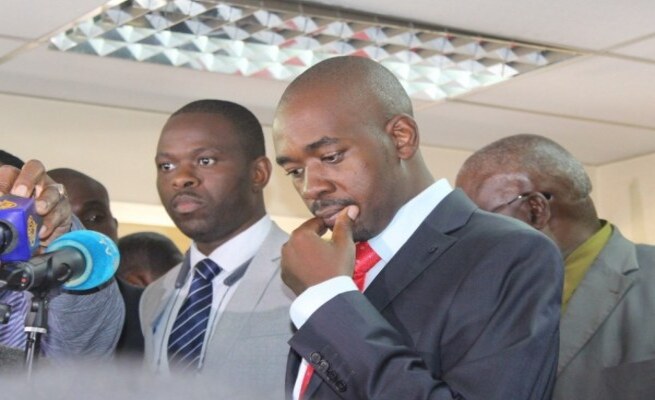 THE Supreme Court Monday struck-off the roll an appeal by the opposition MDC Alliance against a High Court ruling delivered a couple of months ago that the Nelson Chamisa-led party was not a legal persona.

In an earlier ruling, Justice Tawanda Chitapi had ruled at the High Court that the MDC Alliance had no legal capacity to sue or be sued as a political party in a court of law.

However, lawyers representing the MDC Alliance, Tendai Biti and top human rights lawyer, Alec Muchadehama did not turn up for Monday’s hearing.

MDC Alliance deputy spokesperson Clifford Hlatshwayo confirmed to NewZimbabwe that his party did not pitch up at the court saying the matter had long lost its relevance.

However, MDC-T secretary-general and the party’s presidential hopeful Douglas Mwonzora said the MDC Alliance’s appeal against Justice Chitapi was bad at law saying the lawyers understood it hence they did not come to court to avoid embarrassment.

“When the matter was about to be heard at 0930 hours, the lawyers of the MDC Alliance had not turned up. These include Mr. Muchadehama, Mr. Biti, and so on. Only advocate (Fadzayi) Mahere was there, their spokesperson,” Mwonzora said.

“She (Mahere) asked for a break so that the lawyers could come to court. They were given up to 10 am and again at 10 am they did not turn up. We don’t know why they have done that yet it was their appeal, it was them who sent this case to court,” the Nyanga senator said.

“Justice Elizabeth Gwaunza, who was leading a bench of three judges, insisted the matter be heard fully. That is when our lawyer Professor Lovemore Madhuku argued the appeal that had been filed by the MDC Alliance was bad at law and was meaningless. Therefore, the Supreme Court ruled that High Court Judge Justice Chitapi’s ruling that the MDC Alliance is not a legal persona stands.”

Mwonzora said the MDC Alliance was quick to condemn the judiciary for being issuing biased judgments yet it was the same party wasting the court’s time.

“Their appeal was a matter of wasting time and we also think that they just want to criticise the judges. They will say the courts are captured yet they are the ones who filed a meaningless appeal and were afraid to appear before the judges,” Mwonzora said.

Mwonzora told NewZimbabwe the MDC Alliance had been ordered to pay legal costs amounting to US$10 000 and they will not receive the monies under the Political Parties Finance Act.