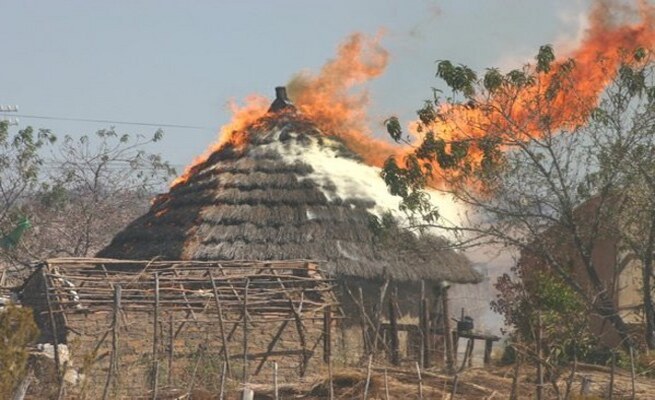 A Mt Darwin woman who allegedly locked her husband inside their bedroom and set it on fire following a domestic dispute after she came home late, has been remanded in custody on attempted murder charges.

Her husband, Chamunorwa Shonhiwa (38), had to break down the door to escape, but only after he had already been badly burnt.

Prosecutor Mr Edward Katsvairo told the court that on October 23 this year, Shonhiwa arrived home at around 7pm, but Muchiri was not there. When Muchiri arrived two hours later, Shonhiwa inquired where she was coming from, but he was not happy with her answer, resulting in an altercation. Shonhiwa went to sleep in their bedroom.

After a short while, he heard movement at the door and saw that the roof was on fire. He rushed to the door, but found that it had been locked from outside.

The court heard that Shonhiwa managed to break down the door, but sustained serious burns on his back as he was trying to save property inside the bedroom.

Muchiri, who was outside, told her husband that he was lucky because she wanted him burnt to ashes. Property worth $37 000 was destroyed in the fire.