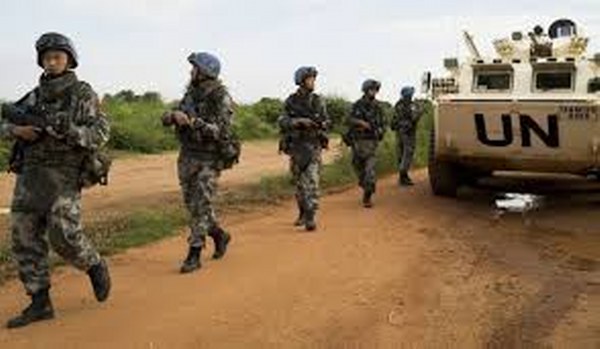 The 15-member UN Security Council has a primary responsibility for the maintenance of international peace and security.

It takes the lead in determining the existence of a threat to peace or act of aggression and calls upon the parties to a dispute to settle it by peaceful means. In some cases, the Security Council can resort to imposing sanctions or even authorise the use of force to maintain or restore international peace and security.

However, speaking at a press conference in Harare following the re-arrest of journalist Hopewell Chin’ono, Sikhala appealed to the Security Council to intervene and save the humanitarian crisis in Zimbabwe.

Chin’ono was arrested on two charges of contempt of court and defeating the course of justice. He is expected to appear in court Thursday.

Sikhala said the worsening human rights abuses in Zimbabwe perpetrated by suspected state agents was an indication it was high time that the UN Security Council invoked its powers and intervened to stop the crisis unfolding in Zimbabwe.

“We call upon the UN in terms of Chapter VII of the UN Charter specifically Article 43 that allows the UN Security Council to pass a resolution concerning those states with a humanitarian crisis,” Sikhala, who was flanked by Transform Zimbabwe president Jacob Ngarivhume, said.

“Ours is a humanitarian crisis. It involves the breach of international crimes such as abductions, torture, crimes against humanity.

“The UN must be able to exercise its powers, sit down and pass a resolution that the crisis in Zimbabwe cannot be allowed to escalate the way it is because it is a threat to stability in our country that can spill over into the SADC region.”

Article 42 gives the UN Security Council powers to make use of an armed force on countries that breach peace and act aggressively on other countries and its own citizens, when peaceful means fail.

On the other hand, Article 43, compels all UN members to make available members of their armed forces, resources and rights of free passage to ensure the UN peace force successfully maintains the peace and security.