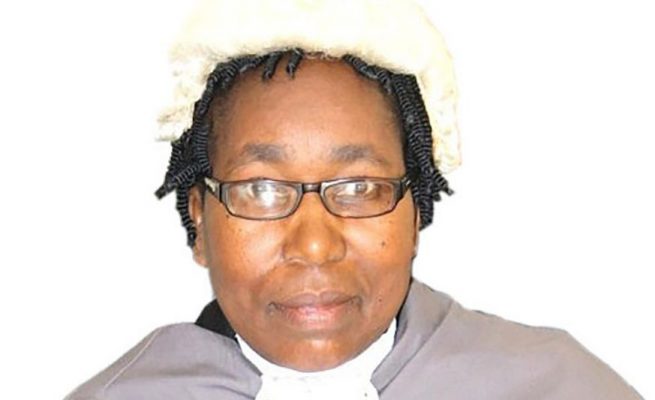 Police on Saturday arrived at the home of a suspended judge and attempted to take away her official vehicle, her lawyer said.

Justice Erica Ndewere was suspended last week after President Emmerson Mnangagwa appointed a tribunal to investigate allegations of misconduct against her.

Ndewere accuses Chief Justice Luke Malaba of waging a personal war on her after she defied his “unlawful” order not to grant bail to corruption-accused former minister Prisca Mupfumira in August last year.

She also said in court papers last week that the timing of the charges by the Judicial Service Commission (JSC), which Malaba heads, appeared aimed at “intimidating” her not to grant bail to MDC Alliance deputy chairman Job Sikhala.

Police arrived in a green Defender at the judge’s home and initially drove into the yard, but the judge and her family barricaded themselves inside as they called lawyer Beatrice Mtetwa.

Mtetwa said the police officers said they had been sent to withdraw the judge’s benefits – including police security and motor vehicles provided by the JSC.

They drove off shortly after the lawyer arrived. They did not succeed in taking the vehicles but withdrew a police officer guarding her house.

The JSC initially defended its moves against the judge, tweeting that she was “suspended by the appointing authority without salary or benefits.”

It latter backpedaled, now stating: “The JSC has not taken a position to recover the motor vehicles that were allocated and are in Hon Justice Ndewere’s possession nor has the JSC sent any officers to recover the same.”

Lawyers condemned the siege on the judge.

Alex Magaisa said: “The conduct of the JSC is an utter disgrace. It’s supposed to protect the integrity and independence of the judiciary. Yet it has become a menace to those principles. The Commissioners should be embarrassed. But if judges don’t unite, they will fall one by one like this.”

Advocate Thabani Mpofu said the JSC appeared to have already convicted Ndewere before a tribunal has considered the allegations against her, including claims that she wrongly commuted the prison sentence of a thief to community service and that she was notoriously slow in delivering judgements.

“At common law, an employee cannot be suspended without pay and benefits,” Mpofu said, citing the leading 1988 case of Zimbabwe Sun Hotels vs Lawn.

“To the extent that the constitution does not alter this position, Justice Ndewere’s benefits cannot be interfered with.”

Judges recently wrote a letter to President Mnangagwa expressing alarm over how Malaba is running the judiciary, including claims of intimidation and that his daughter’s law firm is getting a lion’s share of JSC contracts.

Meanwhile, Chimurenga Gandanga Gurus, a popular My Zimbabwe News reader who regularly comments on our Facebook page, has ‘ordered’ the embattled judge not to worry much after losing police bodyguards as she could get her own security guards, popularly known as ‘ana mahobho’.