POPULAR dancer Beverly Sibanda says she is not on Twitter.

The dancer revealed this after an account in her name posted a controversial post following news of the death of socialite and businessman Genius ‘Ginimbi’ Kadungure.

Though the user did not mention Ginimbi’s name, the tweet appeared to be targeting him.

Even the responses were directed at Ginimbi. 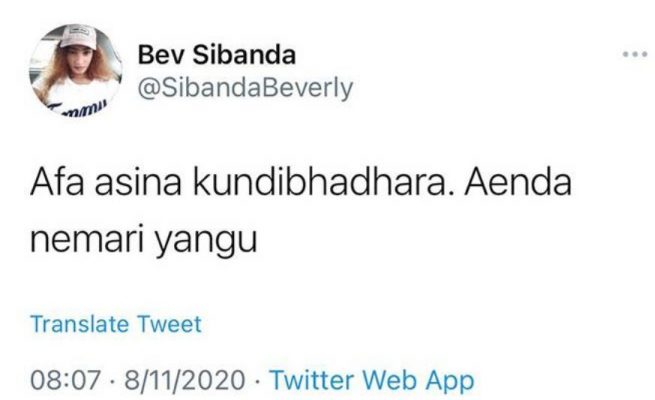 A screenshot of the post has been circulating on social media forcing Bev to react.

“I would be happy if you know how to have that account blocked,” Bev told H-Metro.

The manager – Harpers Mapimhidze – also distanced his artist from the account.

“We are not on Twitter. That’s a bogus account and it’s sad that the user is posting such nonsense just after the death of Ginimbi,” said Harpers.