The family of Genius Kadungure could be left holding straws amid indication that flamboyant businesswoman Zodwa Mkandla was part owner of the Domboshava mansion.

Sources close to the developments told Zim Morning Post that “Zodwa has already started projecting herself as the surviving spouse, and is firmly in charge.”

The mansion that can easily get a slot on MTV crib lies deep beyond the hem of the capital far from the city limits amidst the smell of soot and smoke in the land of Chief Chinhamora in Nyamande Village, Domboshava. 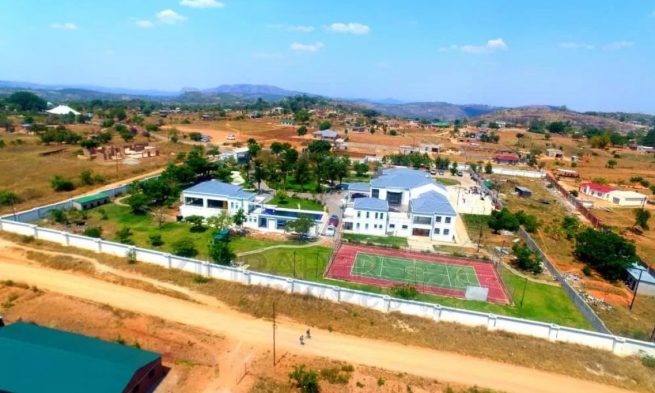 The home which had become a status symbol at the peak of Ginimbi’s powers was co-owned by Ginimbi and Zodwa, according to State papers retrieved by Zim Morning Post from a 2018 case.

For the later part of his life Ginimbi claimed to have built the mansion in his home area where he grew up.

However, a 2018 court record reveal that flamboyant businesswoman Zodwa Mkandla also claims ownership to the house.

These ownership details were leaked in court as Zodwa, who is popularly known as Zozo, sought to retrieve lost property worth $60 000 at the house in question.

In the court case, the State detailed that Zodwa lost the property at her Domboshava mansion to one of her security personnel, a man identified as Justice Jasi. Justice allegedly did injustice in spite of the trust vested in him.

The two businesspeople (Zozo and Ginimbi) never categorically stated their marital status despite speculation and rumours that the two were married under Marriage Act which will entitle them to dual ownership of properties.

On numerous occasions, Ginimbi skirted answering the question on his marital status.

There were murmurs that Genius was masquerading as a home owner but was actually being looked after like the proverbial church mouse.

Other sections maintained that the two had joint ownership by virtue of being married, or the two were simply joint owners without marriage.

Yet other sources in the couple’s circles say that the two were business partners and not lovers.

However, the street jury was of the verdict that the two were at one time an item and Zozo was the anchor of Ginimbi’s finances, a claim that Ginimbi was on record denying.

With lucrative palpable businesses, many believed that Genius fed off the sweat and genius of Zozo’s widely celebrated business acumen and tenacity.

Genius became popular for his traditional all white parties where he flaunted his wealth, popping expensive bottles of whiskey.

Zozo was also prominent at these parties, giving credence to word that the two are either business partners or an item with Zozo being the benefactor.

It was venue for Moana’s 26th birthday celebrations on Saturday night, the last event before their tragic death early Sunday.