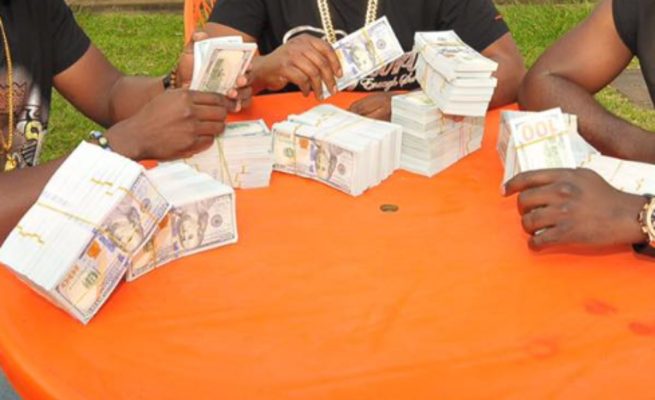 THE FINAL party to be thrown for Zimbabwean socialite and businessman Genius “Ginimbi” Kadungure will be on Friday, but this time guests will have to bring their own champagne because he won’t be there to top up their glasses.

It will be the second party at the Domboshava residence, about 30km on the northern outskirts of Harare, in the space of two months. The first was his 36th birthday party, when he spent at least $50,000 (about R780,000) to entertain 400 invited guests.

The upcoming one will be his funeral wake, a day before he is buried at his upmarket mansion. And to make things clear, the invitation says “bring your own bottle”.

Kadungure died instantly in an accident in the early hours of Sunday in his R5m Rolls-Royce Wraith which veered off the road and hit a tree before going up in flames. Three other people died in the crash. They were burnt beyond recognition.

Since most of those around Ginimbi were relatively well-off businesspeople living champagne lifestyles of their own, drinks such as Ace of Spades, Veuve Clicquot Rich, Moet, and a variety of expensive reserve whiskies are likely to be produced from the boots of Range Rovers and other luxury cars.

All roads will lead to Domboshava, a village known for pottery and market gardening. Kadungure was born there and he saw it fit to build a mansion there when he “made it” instead of the usual thatched mud huts that are a characteristic of the area.

His sister Juliet said he often spoke about wanting to “go out with a bang” because he was a “big” person. As such, he will be buried almost a week after his tragic death.

“He always reminded us how he wanted his funeral to be. He had a plan and always said “ndiri (I am) big”, so make sure at my funeral, you do not hurriedly bury me. Everyone who will be at my funeral must be dressed in all white, no matter who. He said he had friends all over the world, so when he died they should be given time to come and attend, so never hurry,” she said.

Ginimbi had a way with international celebrities. In 2018 he set tongues wagging when he hosted Ciamera Jimenez, a New York adult performer of Puerto Rican descent who goes by the alias Cici Amor, at his mansion for two weeks.

Never one to shy away from the spotlight in good and bad times, Ginimbi’s controversy followed him to his death. People took to social media with varied accusations about how he had amassed his wealth and the circumstances around his death with three friends.

In response to bizarre claims, such as him supposedly having a snake that spits money, his friends asked in a statement why no one inquired about the source of wealth when he was alive, yet chose to speculate after his death.

“We all had 36 years to know and understand Ginimbi and his numerous sources of wealth. If no one asked him while he was alive, why speculate now that he is dead.

“To break the cycle of poverty, we need to do better as a society. The colonisation of the mind is a terrible thing. Please may we gather the little humanity we have left in us to give this legend a great send-off with respect to his friends and family during this difficult time,” read the statement attributed to Ronald Muzambe.

Ginimbi rose to prominence at the age of 26 as a supplier of liquefied petroleum (LP) gas. That’s when he started hosting birthday parties. Though modest at the time, they drew the attention of the “who’s who” in Harare.

He would later become a social media star, with his life akin to a reality show. Over the years he bought expensive cars and was never shy to announce their acquisition.

In his garage, the vehicles he leaves behind include:

He will be sent off in grandeur on Saturday, according to Gabonge. He said Kadungure will be buried with a stack of dollars in cash in honour of his extravagant life.

Cabonge said the people close to Kadungure decided on the white colour to honour the person that he was.

“Inside the club, he will leave all the people smiling from bartender to bouncer because he would tip them. Once I was with him in Los Angeles and Hollywood. I was shocked at how people were competing to get a selfie with him. Whenever we were travelling internationally he always looked for a place that sells African cuisine.”

Ginimbi will be buried on Saturday will be held at his village mansion in Domboshava.