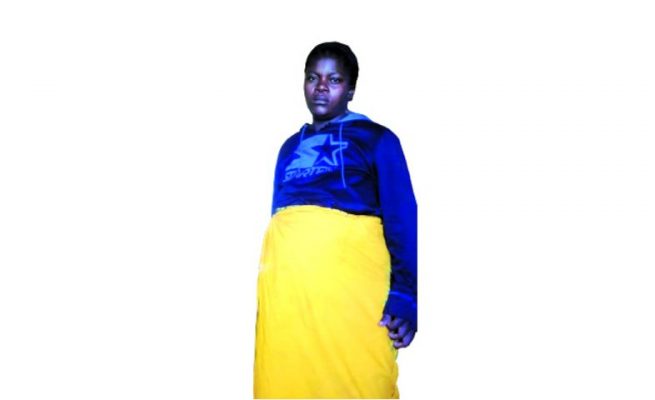 A CONVICTED thief who would chop her victims’ doors to gain entry into their properties has revealed to The Manica Post that her preg_nancy dragged to 11 months after a “curse” was cast on her by one of her victims.

The habitual offender was recently slapped with a 14-month jail term by a Mutare court after she was found guilty of breaking into Prudence Takawira’s house.

Failure to pay the fine would see her serving an effective 30 days in prison.

The heavily pre_gnant woman stole an assortment of items from Takawira’s house and carried the loot on her head in broad daylight.

Following Sibanda’s arrest, Takawira — who seemed to be conversant with the suspect’s criminal activities — informed the investigating officers that the suspect was a habitual thief who was failing to give birth due to a curse cast on her.

However, Sibanda vehemently refuted the claims back then.

But the housebreaker eventually opened up to The Manica Post on Wednesday after giving birth to a healthy baby girl weighing 5.1kg.

“When I was released from remand prison, my neighbours advised me to consult a prophet who lives nearby. The prophet told me that I had been cursed by one of my victims,” said Sibanda.

“The prophet asked me to buy some spiritual water in Tsanzaguru, Rusape, and perform a small ritual with it. I followed the instructions and immediately went into labour. “When we reached Sakubva District Hospital, I gave birth in no time,” she said.

Sibanda said following the incident which put her health and that of her unborn baby at risk, she has now quit criminality.

“I am now a changed person, I am not going to steal from anyone anymore. Imagine the pain I went through while carrying an overdue pregnancy,” she said.

Blaming evil spirits, Sibanda said she doesn’t even understand how she would break into people’s houses considering her bulging tummy.

Efforts to get a comment from Sibanda’s husband were fruitless as he was not at home while a visit to the said prophet’s house was futile as she was said to be out as well.

Sibanda recently made headlines when she stole from Takawira.

In executing the break-in, Sibanda arrived at Takawira’s house and discovered that no one was home.

She started doing some chores, including sweeping the yard, in a bid to hoodwink neighbours into believing that she was employed there.

After gaining the neighbours’ confidence, Sibanda used an axe to force open Takawira’s door and gain entry into the house.

After about two months, Takawira heard that a certain woman was breaking into houses using the same method that had been executed at her premises.

The complainant approached the police with this information and asked them to accompany her to the suspect’s house.

A search was done and detectives recovered the complainant’s stolen belongings, thereby leading to the suspect’s arrest.

Sibanda’s axe was recovered from her hand bag.