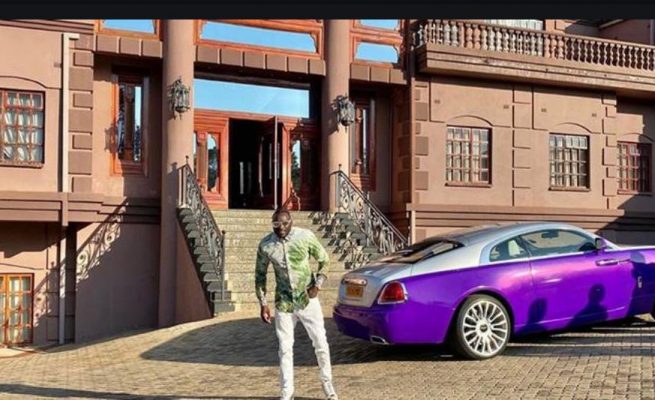 THE late socialite and businessman Genius “Ginimbi” Kadungure’s body was taken to Doves Funerals parlour yesterday despite Nyaradzo Life Assurance being the first to manage it, an episode which set tongues wagging amid claims that there was politics at play between the two funeral service providers.

Ginimbi (36) died in a horror car accident along Borrowdale road in Harare on Sunday when his Rolls Royce Wraith collided head-on with a Honda Fit while driving back to his Domboshava mansion in the company of Malawian Limumba Karim, fitness trainer and video vixen Mitchel “Mimi Moana” Amuli and Mozambican model and socialite Alichia Adams.

Karim, Amuli and Adams were trapped inside the car and burnt beyond recognition after the collision, while Ginimbi was pulled out just before the vehicle exploded into flames.

Speculative reports emerged that Ginimbi’s close associates, who are linked to the ruling Zanu PF party, had arm-twisted the deceased’s family to dump Nyaradzo for Doves.

“A lot of politics has been at play with regards to Ginimbi’s funeral. There seems to be some influence by his close associates. His family had initially engaged Nyaradzo, but his close associates, who are heavily involved in politics, were not happy about the family’s initial decision to engage Nyaradzo,” a source said.

“These are the same guys who had proposed the all-white party farewell, which was shot down by the family. They, however, managed to convince the family to move the body from Nyaradzo to Doves hoping that they would be able to get some favours they wanted from the authorities, who are said to behind this funeral service company.”

Without getting much into detail, Nyaradzo marketing officer Grace Chimedza yesterday said they just respected Ginimbi’s family decision to have his body moved to Doves.

A family source told NewsDay Weekender that Ginimbi’s family had approached Nyaradzo first, but they later discovered that he had a policy with Doves South Africa, and that was when they then collected the body from Nyaradzo and handed it over to Doves to handle everything.

Ginimbi will be buried today at his million-dollar mansion in a customised Versace coffin with a medusa print.

The coffin was imported from South Africa, courtesy of his associates under the banner Friends of Ginimbi.

Friends of Ginimbi’s spokesperson Ronald Muzambe confirmed to NewsDay Weekender that the coffin had come from South Africa, though he could not disclose all the costs involved.

“There was no coffin that was bought prior to Ginimbi’s death, there was no such thing. There are multiple stories doing the rounds with regards the issue of the coffin. Many people wanted to buy the coffin for Ginimbi. We then decided that no individual should buy the coffin and the coffin was brought through contributions,” he said.

“After putting the contributions together, some money was used to buy the coffin and some to cover funeral expenses. So it was a joint effort, not an individual job. I will clarify that the coffin was imported from South Africa, it is a custom-made Versace coffin. We thought of making him a Versace coffin because it was his favourite brand.”

Meanwhile, business came to a standstill in the city centre yesterday as hordes of people gathered to pay their last respects to Ginimbi before his body was ferried to his Domboshava home, a few kilometres outside Harare.