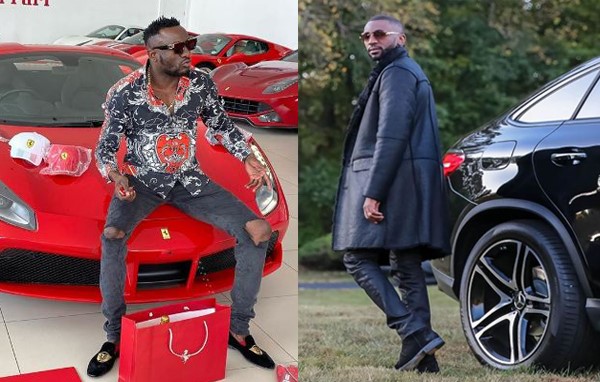 Prophet Passion Java says he owes his fame on social media to the late socialite Genius Ginimbi Kadungure and will be forever indebted to him for that.

Prophet Passion flew into Zimbabwe this week to pay his respects following the death of Ginimbi in a horror crash on Sunday morning.

While he avoided possible commotion at Ginimbi’s Domboshava mansion, Prophet Passion was amongst mourners at Doves Funeral parlour yesterday for a service.

Speaking to Itai Mutinhiri of the Zimpapers TV Network (ZTN), Java said although he was known over the years, in the past three years, Ginimbi made him more popular.

“I was known over the years but for the past three years, Ginimbi took my name from 70 percent to 85 percent because our internet content reached a lot of people, I don’t know who started comparing the two of us, I never compared myself to him, he never compared himself to me, I even refused to be compared to him.

“I checked who Ginimbi was and what I saw myself, I was shocked and asked what people were talking about, because most people don’t know who you are until you throw yourself out there, so he’s a guy that I owe for the rest of my life.

The two were always subtly fighting each other comparing their assets, which divided their fans.

Java insists it was all an act to pull followers.

In another interview with H-Metro, Prophet Passion said he appreciated Ginimbi as one who started hastling while they were in Chitungwiza together.

“We grew up together in Chitungwiza and when he started making it in life he did not go to Borrowdale Brooke but instead he went to Domboshava, of all places, to change the whole area with his paradise (mansion).

“After that he then takes America into Zimbabwe, acquiring the type of cars seen being driven by some of the richest celebrities like P Diddy.

“I will always miss Ginimbi. Of course some people might not understand what was going on between us on social media but the main goal was to entertain people on those platforms and also grow our respective brands.

“If you notice, a lot more of these social media things took place during lockdown and we did our best to keep people entertained during very difficult times. I would get in touch with him behind the scenes because it was not a real fight.

“That is why I have flown to Zimbabwe to mourn with the rest of his relatives, friends and followers. It also important to note that we were not as tight as he was with the boys, now known as Friends of Ginimbi but we were good. I even visited him at the mansion sometime ago.

“Mudiwa was known to both of us and would keep us connected one way of the other.”