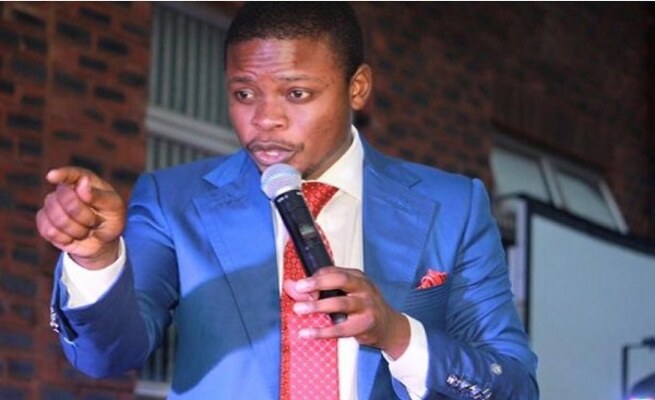 Shepherd Bushiri and his wife Mary have skipped the country, despite bail conditions expressly prohibiting any form of international travel.

The self-proclaimed prophet insists he fled South Africa because his life is at risk, not because he’s expected in the docks for R102 million fraud and money laundering case.

In fact, he’s desperate to prove his innocence, Bushiri says – just one more reason he has to stay alive in another country. The Bushiris’ spokesperson, Emphraim Nyondo, confirmed the couple had arrived in Malawi on Wednesday. He added that Bushiri’s lawyers would handle any impact the travelling has on his bail.

After outing himself on social media, Bushiri stated that he would return to face the South African courts only if these five demands are met:

Bushiri is demanding an assurance of safety and security for him and his wife Mary while in South Africa.

He wants an assurance that his bail will not be revoked, even though he has broken almost all of his bail conditions. He says having his bail revoked would not allow him to have access to his lawyers “all the time” and exposes him “further security and safety challenges”.

Bushiri is demanding a complete change of guard in the case – including the investigating officers, arresting officers and prosecution. It appears the only people allowed to remain on the case are his defence team and the judge.

Various complaints made against the State’s officers and lawyers, who must be kicked off the case, have to be investigated and concluded before Bushiri will consider proceeding with the case.

And, finally, Bushiri insists “independent and professional investigators and prosecutors” must be appointed, to ensure “independent decisions” are made in the case.Bushiri has requested the Malawian government deal with the details to make sure his demands are met, following his arrival in the country on Wednesday.

He also insists the demands are only so that he and his wife can prove this innocence.

“In this regard, I am requesting Malawi government to liaise with the South African government to ensure that the above issues are met. Once these five issues are met and I am assured of a fair, just and impartial trial, I am willing to avail myself before the South Africa justice system. I am looking forward to that day because my wife and I have long waited for it to prove our innocence and clear our names,” he said.