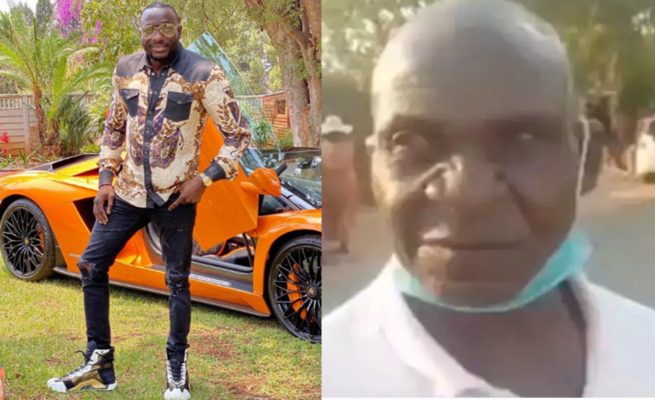 Extravagant Genius “Ginimbi” Kadungure’s father is a broken man. He has bemoaned the ill-treatment he suffered at the hands of his late son who flashed his wealth for the world to see but left him to wallow in poverty.

Anderson Kadungure, 65, said his late son hardly had time for him.

“I am not sure when exactly I last saw him before he died. It has been a long time. But mostly I used to see his car passing by and moving up and down the road in his cars,” Kadungure said.

“Most of the times I would not talk to him as I would see him from a distance. We never used to talk a lot.

We would talk once in a while, not that much.”

Ginimbi died in an accident along Harare’s Legacy Way (formerly Borrowdale Road) in the early hours of last week Sunday after his imposing R5-million Rolls-Royce Wraith crashed into an oncoming pocket-sized Honda Fit before it veered off the road, smashed into a tree and burst into flames.

Ginimbi owned a fleet of luxury cars and houses and was not afraid to show them off.

Some of the cars he owned include a Ferrari 488 Spider, Range Rover Velar, Mercedes-Benz G63 Brabus and a host of Rolls-Royces.

Ginimbi was the founder and CEO of gas company Pioneer Gas, which operates in Botswana, South Africa and Zimbabwe, and today is part of the Piko Trading Group.

He had several houses including the one he built in Domboshava and held a three-day party to celebrate the milestone.