A cheating 50-year-old Gutu woman who could not stomach the embarrassment of being caught with two lovers at her residence is now facing murder charges for killing one of her boyfriends.

Zadzisai Kuodza from Mamvura village under Chief Munikwa in Gutu, was due to appear before a High Court judge, Wednesday to answer murder charges.

However, the case failed to kick off in Masvingo and was struck off the High Court roll.

Her lawyer, Tatenda Nyoka had notified the court that he could not locate Kuodza who was out of custody on bail.

A warrant of arrest has been issued and she is now on the police wanted list.

According to court records, Kuodza used a blunt object to strike the now deceased Simbarashe Matombo (46) all over the body.

On the fate night of night of 3 April last year, Kuodza was in the company of her other boyfriend Ephias Chiwara when the now deceased arrived.

Kuodza ordered Chiwara to hide in the bedroom while she went outside to talk to the now deceased.

Prosecutors said she refused to spend the night with the now deceased and a misunderstanding broke out which lead to a fist fight.

“A fight broke, and she used a blunt object to struck the deceased several times all over the body, on the left eye and back of the head, ” read the court record.

The lifeless body of Matombo was discovered the following morning some 40 meters from Kuodza’s house.

A medical report attached to the record concluded that Motombo died from head injuries and spine fracture. 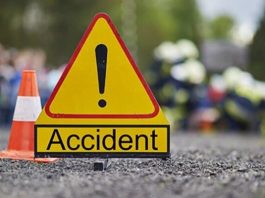 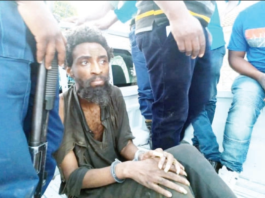 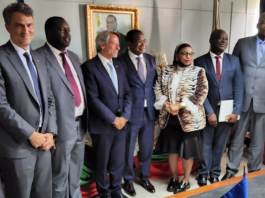