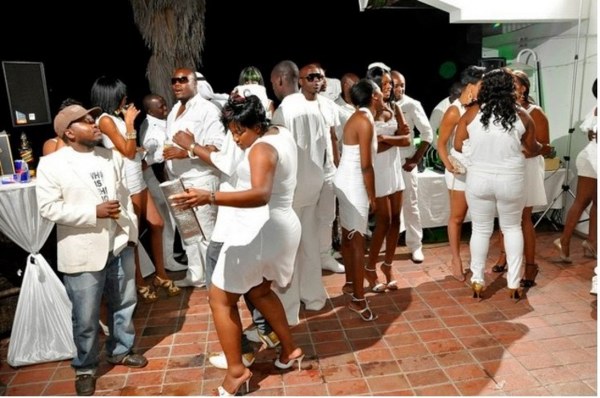 NEWLY-FORMED entertainment group, Masters of The Weekend, on Sunday threw their inaugural pool party that served as a farewell to the late socialite Genius Kadungure who was buried on Saturday.

‘After tears’ party is a long-standing tradition in South Africa where friends and family of the deceased meet to eat and drink in memory of the departed. It is usually held on the day of the burial or a day after.

The party was held in the Joburg northern suburb of Bromhof and coincided with yet another socialite Chichi Matambanadzo’s birthday. Expensive drinks flowed on a hot Sunday afternoon as guests helped themselves to platters and kebabs.

“This is just the beginning of greater things to come. It is summer time and we must celebrate life. We all couldn’t go to Zimbabwe for the funeral but we had to find a way to commemorate Ginimbi who inspired a generation,” said Queen Vicky Tuge who helped stage the event with DJ Hustle Elton Nyariri.

A number of personalities in the Jozi entertainment circle attended the gig that had DJs such as Chief J, Bryan Nyamara, Marshall Ngwarai among others. Some neighbours in the usually quiet suburb seemed disturbed by the noise from the event.

“I feel humbled and honoured to have friends gathering to celebrate with me. The Ginimbi after tears was a mere coincidence and we just killed two birds with one stone. Genius was an inspiration to a lot and made a mark that we all want to emulate,” said a beaming Chichi who refused to say how old she was turning.

With South Africa having been upgraded to Level 1, more and more people have been going out although cases of COVID 19 have started to shoot again. It seems the partying days are back again and people care less.