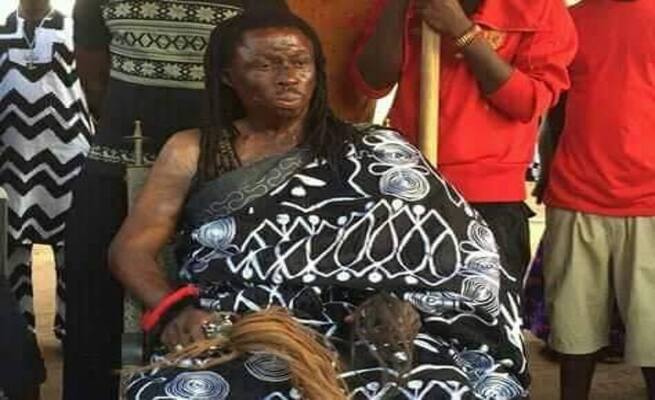 It has emerged that the reason why Africa seems to have so many prophets lately is because there is a sangoma who is giving them powers.

Pastors and other men of God from across Africa reportedly go to sangoma Nana Kwaku Bonsam from Ghana to acquire prophetic powers and then start their own churches. It is a lucrative business, both for the pastors who have been given powers to heal and the giver of power.

Bonsam claims he has given 1700 pastors powers to become prophets and he is very proud of it. The said pastors, according to the great sangoma, have come from different countries in Africa, including Zimbabwe and southern African countries.

Bonsam, who is popularly known as “sangoma” in Ghana, is arguably the most powerful man that has ever lived in Africa, and he seems to believe so himself. He even occasionally dares his critics to challenge him in battle for supernatural and spiritual powers. But none is yet to take on the daring priest.

Bonsam’s shrine is situated somewhere in Sa-Peiman village in the outskirts of Nsawam, eastern Ghana. He says his god is called Kofi Kofi, from whom he receives his in-demand supernatural powers.

A local Ghanaian paper recently revealed that Bonsam receives hundreds of visitors to his shrine on daily basis.

Strangely, most of his patients and guests are high flying members of the society, including prominent politicians seeking for elective offices and business leaders looking for divine intervention to grow their profit margins. The kind of cars parked outside his shrine confirms that the fetish priest is himself not poor.

It is reported that he charges about US$5 000 as consultation fee, excluding ritual costs. Only rich people can afford it.

The rituals are characterized by things like slaughtering of cats and fowls, white doves, pigeons and goats. The blood is normally spilled on the priest’s god (Kofi-Kofi). Inside the shrine, you will see several other gods, bibles, razor sharp machetes, cartons of talcum powder, a rifle, padlocks, cash, calabashes, among other weird paraphernalia, most of which are dangling on the wall.

Prophet Bonsam is known to brag a lot about his capabilities.

“I am very powerful. I use my powers to heal people and help those who are travelling abroad. I also have the power to protect you from thugs and dis-empower you from witches and wizards, among other problems,” he recently told a local TV.

Additionally, he says he can produce miracle money, and that anything he lays hands on can easily change into cash. He can also kill a fly and make it fly again, or even plant a mango seed and it germinates the same day.

Meanwhile, pastors from all walks of life continue to flock prophet Bonsam’s shrine in search for powers, most of them with the intention of using those powers to build their churches.