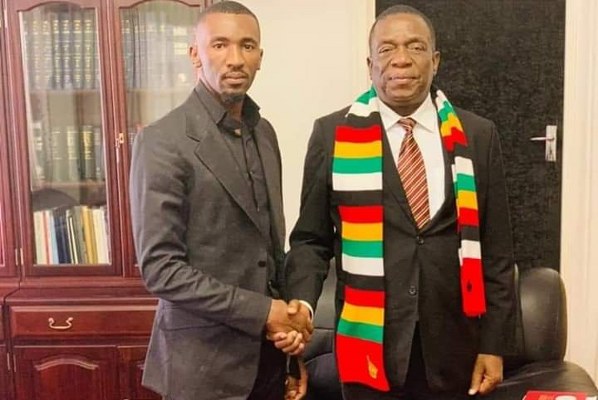 KINGDOM Embassy leader Passion Java was humiliated in Mutare after his clothes were soiled by a Zanu-PF youth official on Friday, who accused him of not respecting President Emmerson Mnangagwa.

There was drama near Java’s church premises in the eastern border city when controversial Zanu-PF youth chairperson for ward 11, Heaven Chihono, popularly known as “Shorty”, pounced on Java.

After committing the offence, Chihono ran into the crowd and disappeared.

Chihono said had been sent by his “superiors” to attack Java for not respecting Mnangagwa.

He accused Java of showing off and not respecting Mnangagwa’s government.

“My brother, I was working on orders from my superiors,” Chihono told this journalist.

“This was the reason why there was no much resistance, we told some bouncers from here in Mutare that we would come after them.

“I took brake fluid oil, mud, water and urine and I put it in one bottle, then I soiled him. He is not respecting our president.”

“I disarmed one of the guards, I took his pistol.

“I do not think he is trained. I then returned his pistol after I soiled his boss.”

Soon after the incident, Java went to Mutare Central Police Station to request for protection as he headed for interviews with a local radio station.

“Zanu-PF is an ideological party,” Makodza said. “We don’t condone such behaviour. We don’t do such behaviour in the name of the party.

“If it is true that he is using the name of the party to do such things, we are going to take disciplinary action against him.

“We are always talking of discipline in our meetings, but let me find out first what happened on the ground and carry out our own investigation.

Meanwhile, Java caused a stir in Mutare as hundreds of his supporters jostled to have a glimpse of him.

Business was brought to a standstill as the self-proclaimed prophet reportedly showered his supporters with cash.