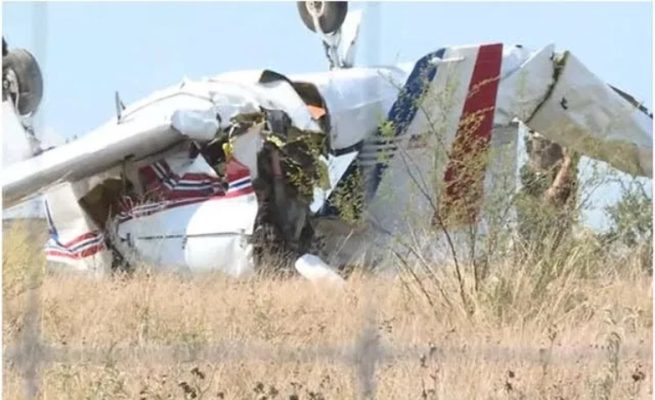 Soldiers from the Air Force of Zimbabwe yesterday detained Mirror assistant editor and bureau chief for Midlands, Elizabeth Mashiri for 4 hours after they found her at the scene of a plane crash involving a military plane.

Mashiri and Patrick Chitumba of The Chronicle located and got to the scene before soldiers from the Airforce arrived. Two military personnel are said to have been killed in the crash that happened at around 2pm.

Worried soldiers impounded the duo’s phones and deleted all pictures that the journalists had taken. They also deleted all contacts that they were communicating with in connection with the crash.

They were also made to run up and down the place.

Zimbabwe Union of Journalists secretary general Foster Dongozi expressed shock at the detention and interrogation of journalists who were merely doing their work within the dictates of the law.

He said that the act of detaining journalists gathering news of an accident and furthermore harassing a woman even as we prepare to commemorate 16 days of activism against gender based violence is a mockery of the media law reforms that the Government has been talking about.

“I was afraid extremely afraid because the soldiers threatened to deal with The Mirror for breaking the news of the crash. They deleted more than 150 contacts from my phone and made us to run up and down.

“We were interrogated by three different teams of soldiers from around 330pm to 730pm. Police also came and took statements from us.

“I was so relieved after our release and happy that they did not assault us,” said Mashiri.

MISA Zimbabwe director Thabani Moyo urged the security forces to respect the Constitutional rights of journalists and to use professional procedures where they have complaints against scribes. He condemned the use of unlawful means to deal with journalists.

“If security forces have any complaints against journalists they can approach the Zimbabwe Media Commission or the Voluntary Media Council,” said Moyo.

“It is shameful that journalists continue to be treated like criminals in an environment where we are looking at media law reforms. The two journalists were merely gathering news for their readers and this is their lawful role.

“It is even more shocking that they can hold a female journalist in a bush for four hours,” said Dongozi.

Mashiri said that the plane crashed into pieces.

News Muza Mpofu - 26 January 2021 0
A 48-YEAR-OLD woman from Fox Farm in Matobo district allegedly forced her 13-year-old daughter to sleep with her 36-year-old live-in boyfriend to save her...
Loading...