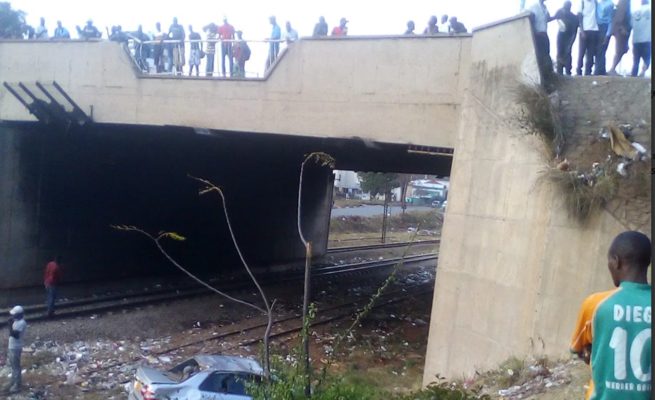 HARARE City Council yesterday admitted it was not inspecting its infrastructure due to resource and skills constraints, a development that could prove disastrous following claims that a bridge on a busy Harare road has developed structural defects and could collapse anytime.

There were claims on social media yesterday that Mupedzanhamo flyover where Simon Mazorodze Road interchanges with Rotten Row, was shaking and vibrating.

In a statement yesterday, council engineer Bernard Musarurwa said inspections on structures were not being done frequently because of lack of skill.

“It is a requirement that every structure, be it a building, a bridge, a dam, a powerline, any form of infrastructure, be inspected periodically for structural integrity, and fitness for purpose,” he said.

“Sadly, these inspections are not being conducted regularly, if at all, due to lack of resources, expertise, or in most cases, ignorance, or quite often, plain ‘ignoring.’

“So, it is more disconcerting where inspections have been conducted, and defects noted, and yet no remedial action is taken for over a decade; then it becomes a matter of waiting for a disaster to happen, which perhaps may be the only way to jolt the relevant authorities to take action.”

Musarurwa said the Mupedzanhamo flyover was last inspected in 2006 and serious structural defects were noted, but no action had been taken to date.

“Unfortunately, this is not the only case of ‘ignoring’ to take remedial action on defective structures, with several other bridges on the national highways having been inspected and reported upon that remedial action was required,” he said.

Musarurwa said he prayed that there would be no fatalities in the event of the inevitable collapse of one of the bridges or a building, an escalator/lift, or any other infrastructure which requires attention.

Council in 2006 invited a consulting engineering firm to conduct inspections and to report on the defects noted at the flyover, which noted defects.

“From the two inspections, the consultant was able to ascertain first-hand the extent of defects to be able to propose the requisite intervention strategies required for the repair of the structures, and to outline the scope of the work required to conduct a detailed assessment of the manifesting defects, and the structural analysis required to be able to make detailed recommendations for the appropriate remedial works.”