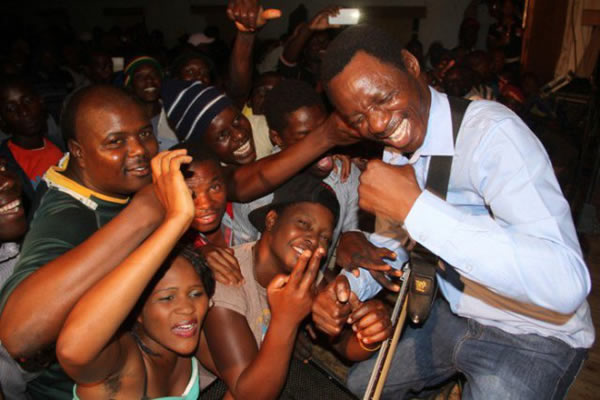 ALICK Macheso is set to release a single on December 4, H-Metro can exclusively reveal.

The yet to be named single, according to Macheso, is coming as an early Christmas present to his fans.

It is being produced by Bothwell Nyamhondera at Macheso’s Alema Studios in Chitungwiza.

Macheso confirmed the development to H-Metro saying the song will also be part of his forthcoming album as a bonus track.

“The single will be out first week of December, it’s for the fans,” said Macheso referring further questions to his publicist Tich Makamahadze.

Makahadze said production is at an advanced stage.

“Production is at an advanced stage and it’s coming as a Christmas present to our fans.

“We are releasing it on December 4. It would be unfair to our fans if we complete the year without giving them something,” he said.

Makahamadze described the song as ‘special’ saying they have never released a single before.

“This is the first time for Orchestra Mberikwazvo to release a single and we have done so for the fans.

“It’s a special for them but we will also include it on the forthcoming album. Details on the new album will be revealed very soon. We salute our fans for the patience and this single will take them down the festive season,” said Makahamadze.

News Cynthia Goba - 14 May 2021 0
A Jambezi-based school leaver, who made headlines in 2014 after she beheaded her one-month-old baby after a serious misunderstanding with her boyfriend, has finally...
Loading...