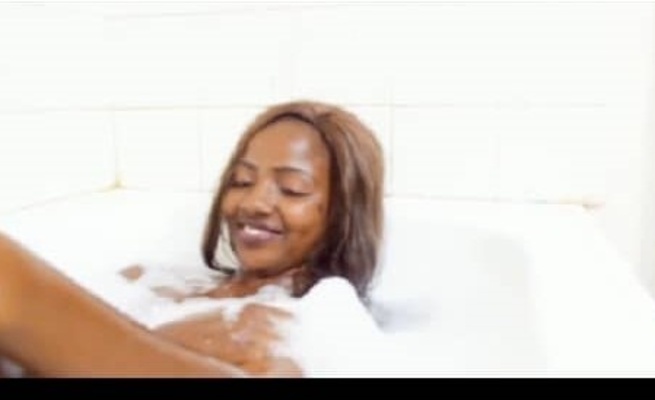 MUSICIAN Gift “Case” Amuli says his wife is not bothered by steamy scenes in his forth-coming video to the song titled Chapera Muto.

The 46-year-old, who is set to unveil the video on Monday mid-morning, said he roped in models from Gweru to add glamour.

From the er0tic scenes gleaned by H-Metro Entertainment, the Zvishavane Sounds leader who collaborated with dancehall artiste Xiddo on the song, reckons he is trudging on the right track.

“I have realised that sungura artistes have not been creative when it comes to music videos since they don’t invest a lot in this particular area.

“As a torch-bearer who is also willing to learn from the young ones, I have decided to do something which has not been done over the years in sungura,” he said.

Asked whether he had sought the blessings of his wife since he never used to shoot er0tic videos in the past, he said:

“My wife understands the nature of my job and those steamy scenes won’t affect her any more.

“She knows almost every person who featured in the video and I don’t think she can get pissed off.

“There is nothing wrong with people getting massage as long as it is done professionally,” said Amuli whose has vowed to revolutionise sungura.

He also defended one of the scenes where the model will be nak_ed in a bath tub.

“It’s not p0rn but just r0mantic scenes where were wanted the story line to come out clearly,” he said.

Amuli, who has been with upcoming artistes in Gweru for the greater part of Covid-19 induced lockdown, has vowed to give back to the community as part of his social responsibility.

“I’m one artistes who was assisted by others when I was navigating my way to the top.

“It’s now my turn to do so and that’s why I am going out of my way to assist artistes in other genres other than music,” he said.

Meanwhile, Amuli is set to release his eighth album.

Titled Hurongerana, the album due for release before year-end if all goes according to plan.

Besides Hurongerana due for release soon, Amuli is a consistent sungura artiste with a rich catalogue of hit songs.