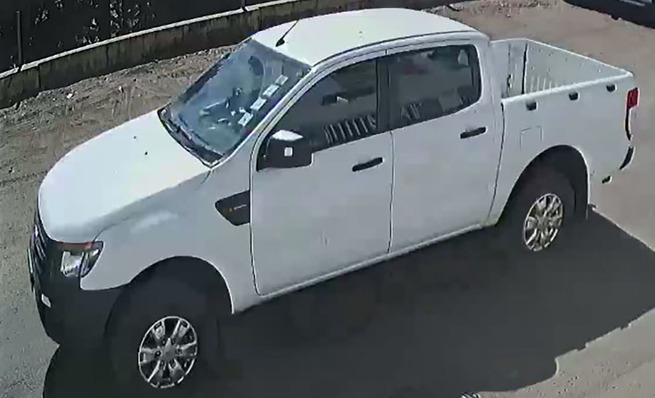 ZIMBABWE’s hospitality giant, Impala Car Rental, which has a big footprint in the tourism sector, and is implicated in the abduction and torture of severely traumatised journalism student Tawanda Muchehiwa, is owned by the state security service, Central Intelligence Organisation (CIO), The NewsHawks can reveal.

An investigation over two months into Impala’s affairs and Muchehiwa’s abduction in Bulawayo on 30 July shows the car hire belongs to the CIO. The kidnapping occurred a day before the 31 July protests, preceded by a sweeping crackdown on civic and political activists, including journalists, by state security agents.

Although Impala registration documents have been removed from the company registry in Harare, The NewsHawks managed to meticulously piece together the record.

Investigations reveal Chilten Trust is a CIO entity used for administrative, operational and investments purposes. The probe unearthed a secret arrangement between Dondo and the CIO on the ownership of the business.

Since the scandal linking Impala’s car, a Ford Ranger registration number AES 2483, to the abduction broke out, Dondo has been elusive. He did a few interviews and disappeared. Repeated attempts to contact him failed. Impala battled to contain the fallout after the storm, but failed as the scandal gained traction locally, regionally and internationally. Hence, Impala is now infamous for the Muchehiwa case, attacks on student leader Takudzwa Ngadziore and assaults of journalists in front of its offices in Hillside, Harare, on 18 September.

Muchehiwa is ZimLive editor Mduduzi Mathuthu’s nephew. Journalists were attacked while attending a press conference by student leaders to protest against Muchehiwa’s kidnapping and brutalisation by state security agents using the Impala car. Ngadziore was badly beaten up by unknown assailants and left for dead. Journalists were attacked and had their equipment vandalised or seized.

Although police have opened a new investigation into the Muchehiwa case through a team of detectives from Harare and Gweru who are currently in Bulawayo, they have not shown any serious interest in arresting and prosecuting the assailants. Journalists are always asking police about progress on the case.

Impala resisted providing information on the car hirers, who are possibly part of the abductors despite a court order by Justice Evangelista Kabasa on 3 September directing the sheriff to recover from the car hire all documentation and information relating to the Ford Ranger hiring between 26 July and 6 August. Impala has ducked and dived, and kicked dust without complying and becoming accountable by releasing information to uncover the crime and the perpetrators.

The CIO, which operates in President Emmerson Mnangagwa’s office and is part of the state’s vast security complex straddling the army, police and intelligence services, has for years been accused of abducting and torturing political and civic activists for partisan reasons without accountability.

Names of intelligence operatives working under a crack security team known as the Ferrets, which includes CIO, police and military intelligence, who were involved in the Muchehiwa abduction, have been released on social media.
Former Zanu PF MP and minister Jonathan Moyo has released some of the names which include CIO operatives identified as Ronald Chigona, Joshua Zingwe and Frank Muzembi. The abduction drama was captured on CCTV and shows how the elaborate plan was executed.

The probe shows Dondo – whose National Identification card Number is 58-132451P-50 – represents CIO interests in Impala. His address was given on the documents as No. 92 McChery Avenue, Eastlea, Harare. A search for the address led to No. 92 McChlery, not McChery.

Dondo’s ID No. – the last two digits 50 – shows he is from Mutasa district in Manicaland province. The digits 58 suggest he obtained his ID from Kwekwe.

The NewsHawks journalists, then working for the Zimbabwe Independent, first came across Chilten Trust in the late 1990s and again in 2003 investigating its ties with Israeli intelligence-linked entity Nikuv which was hired by government to produce new IDs and passports, and later biometric identity and travel documents. Nikuv, which deals with electrical issues, is infamous in Zimbabwe for election rigging controversies.

Our journalists also later encountered Chilten Trust in 2003 when it was embroiled in a failed CIO plot to frame the late MDC founding leader Morgan Tsvangirai, the party’s then secretary-general Welshman Ncube and the late Renson Gasela, an MDC leader, and implicate them in false allegations that they had conspired to assassinate the late former president Robert Mugabe.

In the plot to frame MDC leaders, Chilten Trust was used by CIO as a conduit to make payments through CBZ Bank and ZB Bank (formerly ZimBank) to dodgy international Israeli public relations consultant Ari Ben-Menashe via his Canadian-based political consultancy, Dickens & Madison, between 30 November 2001 and 5 August 2002.

Documents show that Chilten Trust took control of Impala on 6 September 2017 after it had acquired 16 000 shares at a nominal value of ZW$1 each. At the time the exchange between the United States dollar and the Zimbabwean dollar was 1:1.

An Impala CR2 document, used for creating and issuing new shares or for share allotment in a private company, shows the 16 000 shares gave the CIO outfit a controlling 50.2% shareholding.

The nominal share capital of the company was 32 000 shares going for ZW$1 each. The number of shares previously allotted, including subscriber shares, was 100. This left 31 900 shares available for cash to the tune of ZW$31 900.

After Chilten Trust found its way into Impala through Dondo, on the same day – 6 September 2017 – the balance of the shares went to a company called Gutlomm Trust located on the 7th Floor of Robinson House, Harare. The company was represented by Tendai Gunda whose ID number is 50-173439E-42.

Dondo and Gunda are both from Manicaland. Gutlomm Trust is no longer present at the given address. Checks show that it has now moved to Eastlea along Samora Machel Avenue. The CR6 document says Impala is located on Number 40 Chiremba Road, Hillside, which is public knowledge. The company has a huge fleet of cars which includes sedans, mini-vans, trucks and SUVs, offering self-drive and chauffeur-driven rentals, airport transfers and shuttle services. Gutlomm Trust, linked to high-profile public office holders, acquired 15 900 shares, which gave it a 49.8% equity stake in Impala.

Impala was first registered in 1989 as Impala Carriers (Pvt) Ltd. Its directors were John Ross Hilderbrand and Edward Alexander Karnicki. They both resigned in 2010.

This was after Dondo and Gunda had bought into the company and came in as directors on 17 August 2010, the very day Hilderbrand and Karnicki resigned as directors.

From 21 September 1989 to 6 September 2017, the company was known as Impala Carriers (Pvt) Ltd. Now they call it Impala Car Rental.

Its relationship with Synergy Harare Car Rental is obscure, but there were two other directors with Dondo surname in there, Kanganwirai and Alfred, who are related to Thompson Dondo. Revelations of the connection between Impala and the CIO explain the car hire’s steadfast refusal to name or share with the media and the public the identity of people who hired the vehicle used to kidnap and disappear Tawanda for three days.

Tawanda’s three relatives were also picked up by security forces and detained at Bulawayo Central police before they were released under media and public pressure.

Tawanda was detained at an unknown location for three days during which he was subjected to horrendous torture. He was only released after his lawyer Nqobani Sithole filed a habeas corpus court application. Sithole said this week Tawanda, now in South Africa, was badly traumatised and is suffering from from post-traumatic stress disorder.

CIO and police have failed to bring charges of any wrong-doing against Muchehiwa.

Former MDC Alliance Bulawayo women’s league leader Tendai Masotsha has been accused of collaborating with the CIO to trap Muchehiwa and his relatives. She had denied the charges. The MDC Alliance cleared her after an investigation, but due to public pressure they forced her out. She now claims Muchehiwa wanted to bomb buildings, an allegation dismissed by him and his relatives as false.

While Dondo and Impala lawyers said they were willing to cooperate with law enforcement agents on the case, they have refused to release any information to the public about those who hired the car used to facilitate Muchehiwa’s abduction and torture.

Zimbabweans generally attribute cases of abductions, enforced disappearances and brutality to the CIO; from the Gukurahundi cases of abductions, for instance the Silobela 11 in 1985 to Itai Dzamara in 2015 and now Muchehiwa in July. Asked about Impala’s shareholding and CIO connection, Impala company lawyer Jivas Mudimu said: “I don’t want to lie; I’m a lawyer for Impala, but I don’t know what is in its CR14 (information on directors). I don’t think it is any of my business anyway. I don’t know who owns what at Impala.”