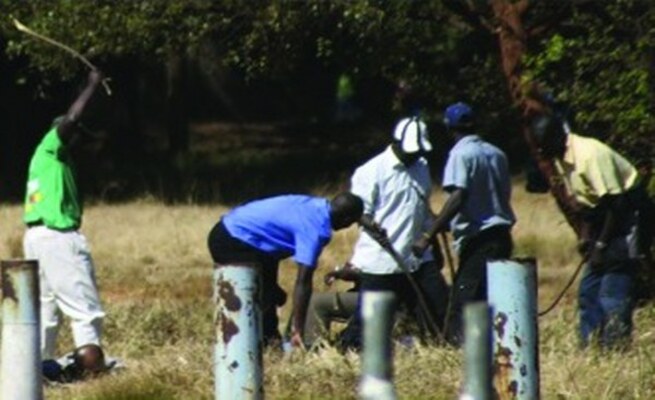 Zanu PF MP Omega Sibanda’s uncle is being charged with attempted murder after he allegedly assaulted and severely injured an opponent and then left him unconscious with a 50kg bag of cement placed on his chest.

Timothy Sibanda (25) is an uncle to Omega who is the MP for Vungu Constituency.

According to a Police memo in the hands of The Mirror, Timothy had a misunderstanding with Emmanuel Moyo (46) after Moyo told the former that his nephew is responsible for the problems that people are facing in the constituency.

On October 25, 2020 at around 3pm Moyo was drinking beer at Solomon Business Center when he approached Timothy. Moyo then told Timothy that his nephew, the MP was responsible for people’s suffering.

Timothy allegedly assaulted Moyo several times until he fell down. He then took a 50kg bag of cement and placed it onto the complainant’s chest before he fled the scene.

The complainant fell unconscious and other patrons rushed him to Gweru General Hospital where he is admitted.

Police spokesperson Paul Nyathi said he is yet to receive details of the incident.