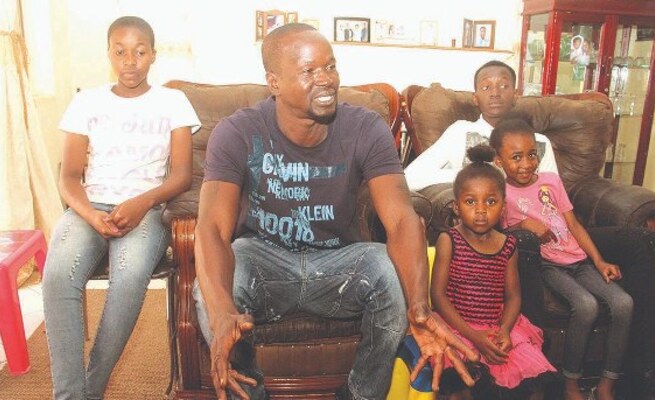 For years, many Zimbabweans have continued alleging that the husband is bitter over their breakup which led to Gen Constantino Chiwenga taking over his wife, but a Facebook account named after Marry Chiwenga’s ex hubby, Shingi Kaondera on Monday evening posted a heartfelt message praising the woman.

It announced saying she is stronger than any disease or court case, the latter which is being used to abuse her.

The development comes after Marry Mubaiwa’s wounded hands were revealed in pictures late last week, her bank account was frozen by the government, at a time when on Sunday Constantino Chiwenga through his aide speaking to ZimEye bullied her saying unlike her, he will never go hungry because, “inini ndinogara nekatundu kangu kanenge kakakwana”

Marry Mubaiwa was injured in the White City bombing back in June 2018, an incident that got her hospitalised.

While her husband received high class medical treatment abroad in South Africa and thereafter in China, Marry neglected her own health choosing to spend time looking after her husband travelling with him and taking care of him in hospitals.

While the case has remained hanging for more than a year to date without any admissible evidence whatsoever, her husband’s own relative, serving as a maid, has laid charges of allegedly assaulting her (the maid) at a school.

It is because of all these charges that Marry has been out on remand, only freed on bail, and her passport has been seized.

On Monday evening, Shingi Kaondera dispelled the rumour that he is bitter over the couple’s breakup which led to the ex military general taking over his wife.

He posted a picture of the couple while saying, ”May we all pray for Mary, may God revive her spirit, may she live to see the wedding of our 1st dawta Destiny, I believe in u
Mai D u are stronger than any disease or any court case!! #they_cant_afford_u-Peace!!” 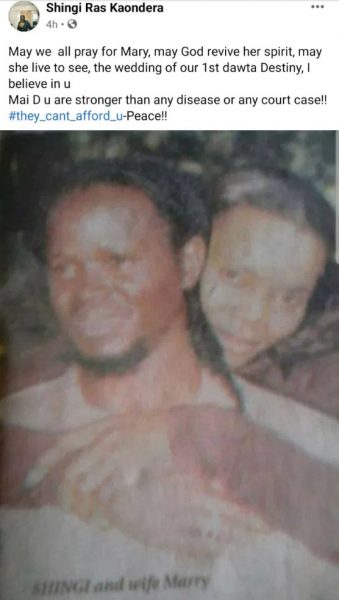