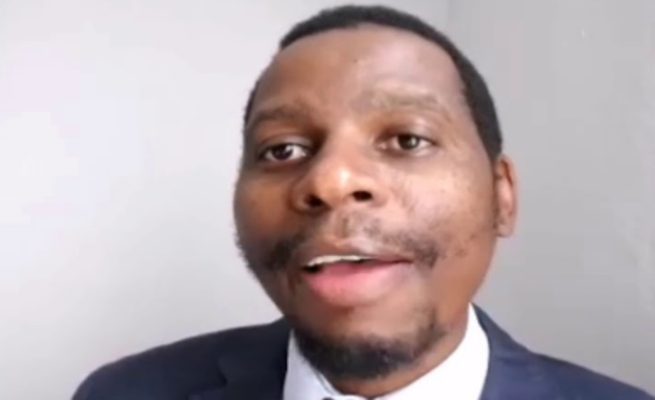 Suspended MDC-T spokesperson Khaliphani Phugeni yesterday walked out of court a free man after being acquitted of rap_e charges he was facing.

He was being accused of rap_ing a minor.

Phugeni allegedly committed the crime between June and November 2018 in Mhlangeni in Bulawayo.

He denied the charges.

“That was an unfair judgment.

“How can somebody rape a 14-year-old child and say it was consensual?

“I will not rest till I find justice for my daughter.

“People cannot abuse their positions of authority to violate our kids and women in general,” she said.

In Phugeni’s last court appearance, the mother of the minor denied claims that she wanted to soil his image after he was nominated for Senate.

This followed revelations that she informed politicians such as Lovemore Moyo, the leader of the United Movement for Devolution and Abednico Bhebhe, the ousted MDC-T organising secretary about the case before reporting the matter to the police.

“The complainant’s mother told the court that she wanted to resolve the matter politically.

She also told the court that her daughter suffered depression after the rap_e ordeal and turned to intoxicating substances to deal with the depression.

“Her behaviour changed, she started sleeping out and getting drunk.

“She would refuse to disclose what was going on in her life, save to say that ’my problems are piling up’.

“She disclosed the rap_e ordeal after I threatened to beat her up for untoward behaviour,” the mother said.

Phugeni’s lawyer said: “The evidence by the complainant and her mother was manifestly unreliable as it was discredited and could not prove a prima facie offence on a charge of rap_e that the accused person was facing.

“He was thus found not guilty and acquitted.”