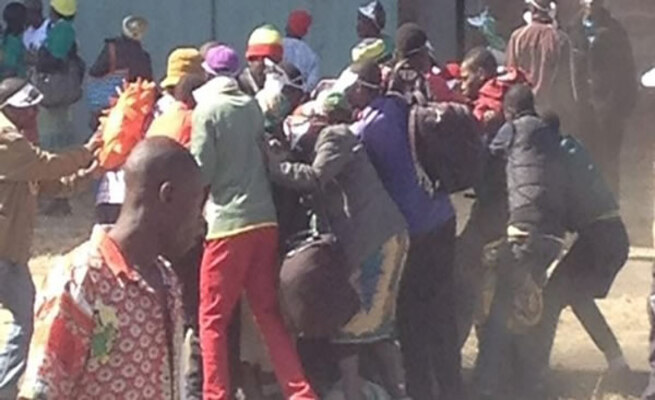 NEWSDAY journalist Kenneth Nyangani was manhandled by rowdy Zanu PF supporters earlier in the morning today while covering their demonstration at the party headquarters in Mutare.

They were demonstrating over alleged vote rigging during the district co-ordinating committee (DCC) elections.

The Zanu PF supporters forced Nyangani to delete all pictures of the demonstration that he had captured before taking away his mobile phone and removing its battery.

All this happened as riot police at the scene just watched, unmoved about the incident. Nyangani was saved by some sympathetic party supporters who demanded that he be released from the marauding supporters.