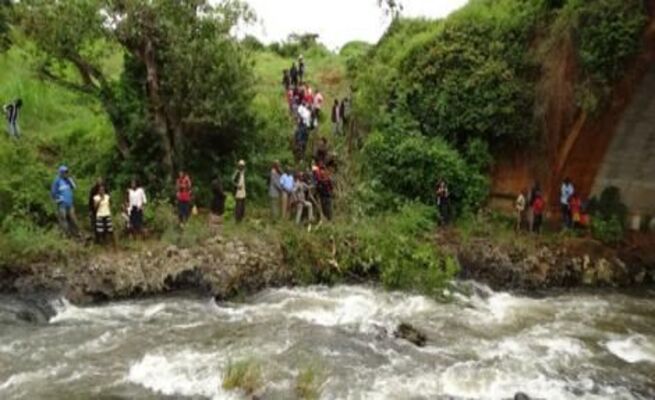 A senior Zanu-PF official from Chirumanzu District in the Midlands province drowned after he tried to cross a flooded river to cast his vote during the party’s District Coordinating Committee (DCC) elections.

Cde Muchato Masvinu – the District Chairperson for Chirumanzu – was allegedly swept away while his wife watched in horror as he tried to cross Shashe River to reach a polling station on Sunday.

Because of the heavy rains that have been pounding the country, the ruling party abandoned elections at some polling stations in Gokwe North and Shurugwi North as they had become inaccessible.

The decision to abandon the elections was taken to protect the lives of party members.

Cde Chinamasa is leading a supervisory team overseeing the Zanu-PF DCC elections in the Midlands province.

“We have received some bad news to the effect that one of our senior party members, Cde Muchato Masvinu, who was the District Chairperson for Chirumanzu drowned after he was swept away as he tried to cross flooded Shashe River. Cde Masvinu wanted to cross the river to get to a polling station that was across to cast his vote during the DCC elections. It is on a sad note that we announce his passing on,” he said.

Cde Chinamasa said Mrs Masvinu rushed to call other villagers who conducted a search which started on Sunday when Cde Masvinu was swept away. They found his body yesterday afternoon downstream.

“Mrs Masvinu who was accompanying her husband to the polling station watched helplessly as he was being swept away. His body was recovered today around 12 midday following a search by fellow villagers,” he said.

“Our deepest condolences are with the Masvinu family and the whole province at large,” he said.

“The rains have adversely affected the smooth running of our elections and after losing one of our comrades who was swept away by the floods, we were also forced to call off elections at some polling stations in two districts namely Gokwe North and Shurugwi North as the areas were deemed inaccessible.

“With respect to Gokwe North, we also decided to authorise the voting to continue today after the process was disrupted by heavy rains and the polling agents only being able to access some of these polling stations today. We have abandoned voting at two polling stations in Gokwe North that is Gumunyu and Budiriro Schools.

“The areas can only be accessed by a helicopter. In Shurugwi we have only one polling station, Pombe Mine where voters could not access the station to exercise their vote due to incessant rains,” he said.

Cde Chinamasa said the elections were complete in five districts, and were expecting to have received all the results from the other districts by last night.

“We now have election results for Chirumanzu, Kwekwe, Shurugwi and Zvishavane. They are ready and we have since forwarded them to the national command center where the results will be officially announced. We will have received all the results by midnight today and by tomorrow we expect to wrap up our mission in the province,” he said.

Cde Chinamasa said there were a lot of complaints and appeals from various districts which they managed to resolve.

“We resolved all appeals and made recommendations but those who feel they need to appeal to the national command are free to do so and we will not be offended,” he said.