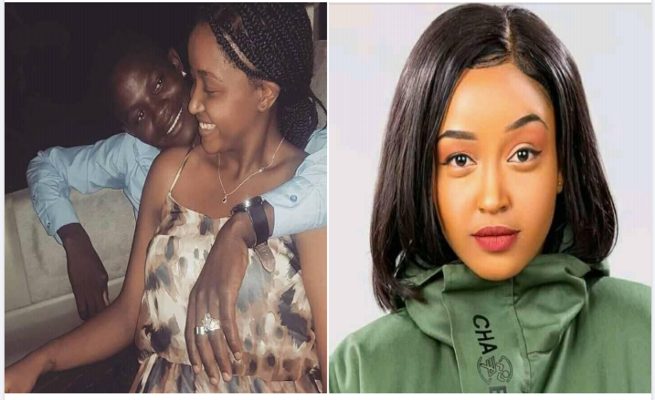 Fast rising dancehall musician Anita Jackson, who started recording at the age of 15, has opened up on the dangers of abuse and how detrimental it can be to one’s confidence and dreams.

The “Unonzi Ani” singer made the revelation recently at the University of Zimbabwe’s “all female students inspiration session” organised by fashion stylist Florence Rupapa in a bid to empower the girl child.

Jackson said she fought a lot of trauma because of abuse from her father, and that made her strong.

“Abuse is bad,” she said. “I grew up with an abusive father who would beat me and my mother after taking one too many, and it affected me a lot. He had little care for us and life was a nightmare.

“That experience affected my confidence growing up, but I am grateful to God for helping me pick up the pieces and becoming a somebody in life.”

Jackson, who has won the lady of the moment tag following successful collaborations with artistes such as Poptain, Jah Master and Mega T, encouraged the female students to stay focussed and pursue their dreams in spite of life challenges and the limitations of a largely patriarchal society.

“My message to you as young female students is that you must never allow anyone and any experience to weigh you down,” she said.

“You were all born for a purpose. Yes, we are living in a society where women are generally disadvantaged, but as we commemorate the 16 Days of Activism Against Gender-based Violence, I want to thank Trend-Zone Designer Wear for organising this event.

“The take for all us is that we are special and we must rise to conquer abuse and all the societal limitations.”

Jackson said she was enjoying a purple patch in her career and will be working on a full album soon.

“Through all these highs and lows of life, the abuse and challenges, God has been faithful and I want to encourage you all to commit your lives and dreams to God,” she said.

“My career has taken a positive turn and I am receiving a lot of attention and getting a lot of gigs locally and even regionally. Whatever your career path, my advice is that you must remain focussed and work on your goals.” Jackson, who was introduced to music in her teenage years, has remained consistent and has performed before large crowds even before she became a hit with many young music lovers.

Trend-Zone Designer Wear boss Rupapa said the event was part of their corporate social responsibility initiatives and encouraged people to follow their heart.

“It is usually the girl child who suffers the most when it comes to achieving their goals if not fully supported. You should take education seriously as this is the only key to success.

“Remember that scares the men most, if you are independent, educated and successful. We should complement each other rather than abuse,” she said.

The event, which saw students receiving early Christmas gifts in form of shoes, body lotion and sanitary wear from Rupapa in partnership with Maverick Foundation, was graced by various speakers including Zimpapers Group public relations and corporate affairs manager Beatrice Tonhodzayi, George Munengwa of ProAir, comedienne Madam Boss and patron of the Enrico Maverick Foundation, Dr Enrico Maverick. Some of the speakers touched on various topics such as grooming, entrepreneurship, leadership and self-actualisation.

News Sekai Moyo - 5 May 2021 0
THERE’S always been talk about se_x-tying souls and how that can ruin a life. But now, gogo Godsent Nkabinde is sharing a solution on how...
Loading...