Do they not always say, those who have died have rested, (vakafa vakazorora)?

That however, sounds hollow in the case of many a cast, including that of one of Zimbabwe’s finest comedians Lazarus Boora, who is causing drama even as he should be resting in peace. Surely, the lad must be turning and twisting in his grave with anger and disgust.

The celebrated actor is no longer part of the cast physically, yet in soul and spirit he could be turning and turning in the widening gyre, with the plot intricately woven around him as his family and friends bicker over his estate. 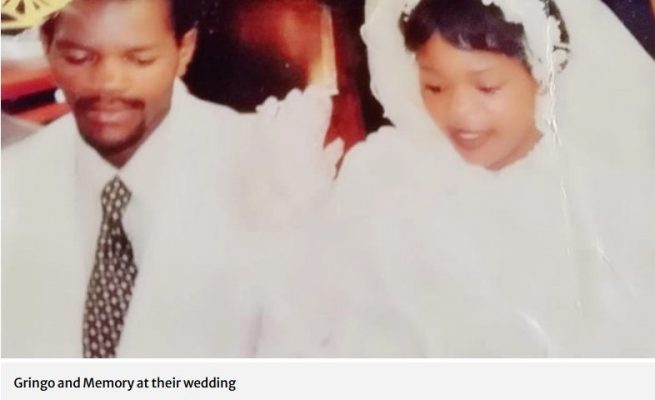 Following last week’s edition on how the Gringo’s estate would be distributed, one of his four wives Memory Chisinga, the only one he wedded, has opened up, if only to clear her sullied name.

Her tormentors accuse her of being the source of the trouble that has followed Gringo to the grave. When he passed on, Chisinga was in South Africa and the wife who was on his side at the deathbed was Netsai Meki

Now, some family members accuse Chisinga of having connived with Taurai — Gringo’s eldest son to fix Meki so that she would get nothing from estate.

A close source revealed that soon after Gringo’s death, Meki went to the courts to try and register Gringo’s estate and seek legal advice on how his property would be shared.

She allegedly went to Gringo’s friends and those well-wishers who assisted Gringo while he was alive to seek guidance and told them to continue their pledges under her name.

Surprisingly, at the courts she was told about Chisinga.

Initially, Chisinga who went separate ways with Gringo was reluctant to speak but after her abuse on social media platforms she relented.

“I have a life here in South Africa. I left Gringo when I was seven months preg_nant and my boy is now 17 years old. I don’t want anything to do with his so called estate. I am happy with what I have,” she said.

Chisinga said she wedded the late Gringo in 2002 but to date divorce papers have not been filed.

“I have instructed my relative to send me the marriage certificate to prove to the world but unfortunately the person who knows the whereabouts of the papers is not at home. I left Gringo in 2003 because of his insecurities,” she said.

Chisinga said Meki should not drag her into the mud as she has a marriage certificate which she says gives her a head-start on her co-wives if she ever fancied the earthly possessions Gringo left.

“Meki should not drag me in their dirty shenanigans rather she should deal with others. I was done with Gringo 17 years ago and I don’t need anything. I raised my children single handedly. Why claim his properties now? I don’t have issues with Meki as I have never met her.

“Remember if I wanted anything to do with the late I would have sued her for adul_tery damages because I was legally married when she moved in with him,” she said.

She added that she has good relations with other Boora family members.

“I am not part of the Boora family but I have children so I hear everything that happens there.

“I have a very good relationship with other family members,” she said.

Chisinga has two children Tanaka (21) and Terrence (17) with Gringo.

“I knew about his illness from day one. My friends Jackie Ngarande and Pokello helped in paying for his surgery last year, but ungrateful Meki had the guts to say . . . (Aah taifunga kuti vabatsira because they love Gringo ndaisatoziva kuti ishamwari dzamai Tanaka).

“Who does that? I didn’t come to the funeral but my family represented me,” she said.

“If I was selfish, I would have taken the next flight to Zimbabwe the moment I heard about Gringo’s death.

“I would have used my marriage certificate and taken over as the surviving spouse or worse sued Meki for adul_tery damages, like I said before. I have long moved on and don’t stoop that low,” she reminded.

Gringo’s possessions were last week taken to his rural home in Rusape with his children getting most of his clothes while the house was left for everyone to access.

As the fight among his wives rumbles on, shouldn’t the family sit down and stop washing dirty linen in public?

Some say that is the way it is in polygamous set-ups, maybe it is, maybe not.

News Muza Mpofu - 28 July 2021 0
A HOMELESS was found dead at around 11am in Bulawayo’s city centre on Tuesday. The man’s body was found in a corner inside the premises...
Loading...