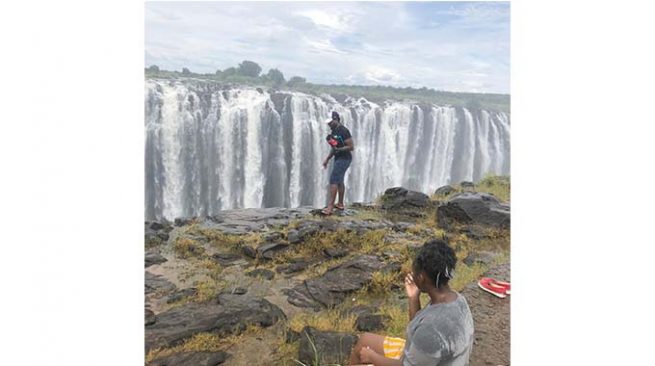 The Zimbabwe Republic Police (ZRP) and other stakeholders have retrieved the body of a tourist who slipped and fell into the Victoria Falls gorge while taking pictures on New Year’s Day.

The tourist was identified as Roy George Tinashe Dikinya from Harare. His body was discovered on Sunday, stuck between rocks.

“The body of a tourist who fell into Vic Falls gorge on new year’s day has been retrieved. Thanks to Zimbabwe Republic Police, Zimparks conservation partners & other stakeholders.”

Meanwhile, the government has said it will secure the area around the Victoria Falls gorge to prevent tourists from falling over into the more than 100-metre deep ravine.

Man gets 3 years in jail after being caught with 3 bags of mbanje...

News Muza Mpofu - 6 August 2021 0
A 33-YEAR-OLD man from Ngundu, Simbarashe Moyo, was on Monday sentenced to three years in prison for possessing 23kg of dagga, while his two...

News Muza Mpofu - 6 August 2021 0
THE Government is working with relevant stakeholders to ensure a safe re-opening of schools and some school heads have since indicated they are ready...