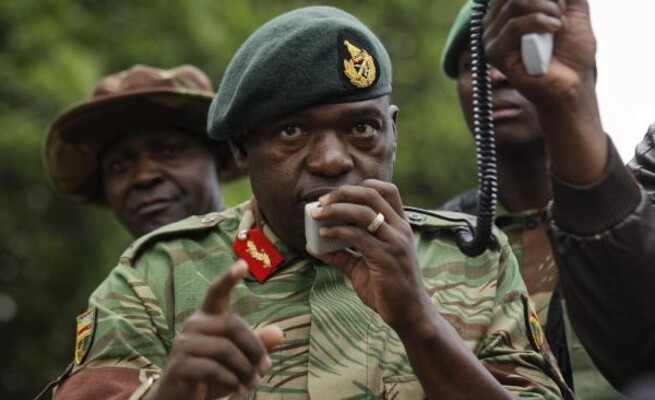 Dr Moyo succumbed to Covid-19-related complications this Wednesday at a Harare medical facility.

“The burial of the late national hero (Dr Moyo) will be on Wednesday next week. We came up with the dates after consulting with the family members,” said Minister Kazembe.

He said the funeral will be held in observance of Covid-19 protocols.

“Mourners are expected to follow World Health Organisation guidelines to avoid the risk of spreading the pandemic.

“We have to follow the Government and WHO protocols. Only a prescribed number of people are expected at the funeral,” he said.

Condolences continue to pour in for Dr Moyo, with Commander Defence Forces, General Philip Valerio Sibanda said: “It is a major loss to the country. SB (Moyo as he was commonly known) was a very dedicated patriot.

“As a soldier, we never doubted him. If there was something we wanted done, SB was there to do it. We feel very empty without him.”

General Sibanda said his generation had succeeded in bringing political liberties after a protracted liberation struggle, but said such liberties should be buttressed by economic freedoms, which Government is championing the attainment of Vision 2030 of an upper middle income society.

“The coming generations are the leaders of tomorrow and if they are unable to learn from those who fought for the liberation of this country, then they will not run with the agenda the way we think they should.

“The agenda is to make sure that Zimbabwe is fully liberated, politically we are liberated but economically we are not. So we need somebody to run with that agenda which is what this current generation should,” said General Sibanda.

“With great sadness and sorrow, I have received the news of the passing away of my brother, the Minister of Foreign Affairs and International Trade of the sisterly Republic of Zimbabwe, Dr Sibusiso Moyo and I present to you on my own behalf, and on behalf of the government of the Arab Republic of Egypt to the Government and brotherly people of Zimbabwe, and to the family of the late minister, my sincere condolences and sympathy, I do pray to God Almighty to bless him with His mercy and inspire his family with patience and solace,” said Minister Shoukry.

He added that more work was needed towards strengthening the solid historical relations that bond Egypt and Zimbabwe.

“Please accept our most sincere respect and the best wishes for continued success,” he said.

Prosecutor-General Mr Kumbirai Hodzi said he had lost a brother, a friend and a strategist par excellence, whom he interacted with for a very long time ever since he was a young commissioned officer in the army at Zimbabwe Military Academy in Gweru.

“He was a very rare breed of an officer, not only patriotic and heroic but believed in a transformative agenda for the country.

“He loved Zimbabwe such that he would forgo any circumstances to national duty. No matter how challenging the circumstances were, he sincerely believed in a sense of duty,” he said.

PG Hodzi said Dr Moyo always had a sense of mission and was one of the leading figures during the transformation of the Zimbabwe’s National Defence College into a full-fledged university.

“I was fortunate enough to work with him during the establishment of the university where he was chairing the defence transformational body.

“He introduced us to a very different way of doing duty. There was always a sense of urgency in all the tasks,” he said.

Dr Donald Chimanikire, former senior lecturer at the University of Zimbabwe, who supervised Dr Moyo’s PhD thesis, described the late national hero as a brilliant scholar in the Department of Political and Administrative Studies during his time at the UZ.

The late Dr Moyo’s PhD thesis was on an analysis of the Southern African Development Community (SADC) security community in collective security and defence: 2000-2014.

“The study analysed the Southern African Development Community security community’s nature, status and effectiveness in the collective security and defence of the region during the period 2000-2014.

“In addition, the study also analysed the factors which impact on the security community which are inclusive of current and potential threats, the organisation’s institutions and their roles, the organisation’s capacity, power relations, political leadership and the international community’s influence,” said Dr Chimanikire, who is now with the Midlands State University.

Dr Moyo was born on November 20, 1961, at Mnene Hospital in Mberengwa and joined the liberation struggle in 1976.

He survived by his wife Justice Loice Matanda-Moyo and two sons.