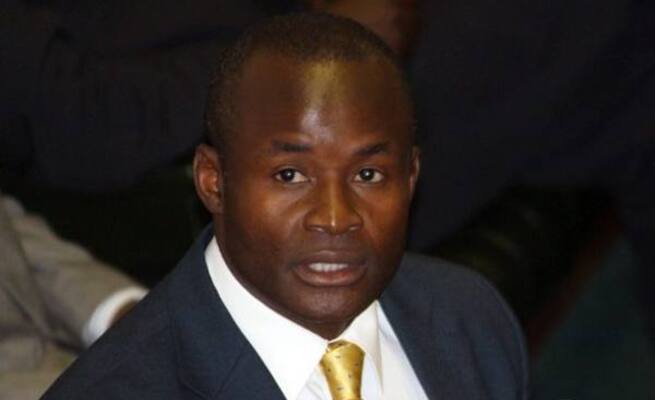 Health care professional Susan Vivian Mutami who is battling to end a three-month relationship with Temba Mliswa says she regrets meeting the Norton Member of Parliament whom she accuses of turning her life upside down and soiling her image.

In a tell-all interview with Zim Morning Post, Mutami who is preg_nant with twins for the former Zanu PF Mashonaland West Chairman said “he can kill me I don’t care, but I have said my truth.” 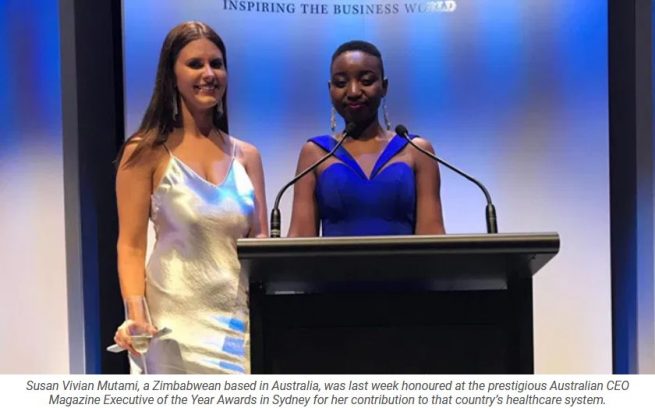 She said a smear campaign ignited by Mliswa is attempting to destroy “a name that I have built for myself, but it will not work.”

Mutami is currently under a barrage of accusations being peddled on social media with one anonymous story claiming that she is an ingenuine donor and extortionist, who backs her extortionist tendencies by namedropping and falsely saying she is related to top Government officials.

“I don’t name drop. If he believes that these false and fabricated accusations are going to scare me into running back to his arms, then he has lost it,” Mutami said.

The 32-year-old said their relationship has been sour from day one, since they started dating in October 2020, but reached breaking point when he asked her to bring a man into their bed.

“I was stunned. Here was a man who had told me upon meeting me that he had left all this behind him,” she told Zim Morning Post as she was vacating Mliswa’s Avondale Villa.

“He had told me that he had done it all: bise_xual, se_x with man, four-somes. He said he had 18 children but because he was turning 50 he wanted to get a get a vasectomy. I don’t hold people’s past against them and he sounded sincere, so I accepted,” she said.

“But recently I discovered that he was sleeping with one of his male associates, Goodwell Zinyama,” she said.

She added: “I was also furious when I found out that he was sleeping with Eleanor Kaziboni (24), Yard secretary general. I was actually sheltering her after she had told me she was going through a hard time. I even gave her 7,000 bricks to build her house.”

“But when I found out that they were sleeping together I went to demand my bricks back. I felt used.”

On January 29, Mutami approached Norton Police Station where she sought the assistance from police to retrieve her bricks.

“I am grateful to the police who assisted me. Temba is scorned that I went to Norton Police Station and told the police officers that he was taking advantage of the girl. He has now gone on a crusade to create fictitious accusations about me,” she said.

Turning to their relationship, Mutami said she is prepared to look after their unborn twins by herself.

“I have worked enough to take care of my son, my unborn children and myself for a lifetime,” said Mutami who runs a nurse-aid agency in Australia – S.V.M Health Care.

“When I told him I am preg_nant, he wanted me to terminate it. He told me he was too powerful. I flatly refused. He then denied that he was not responsible to which I invited him to a prenatal DNA.”

Mutami said she feels sorry for Mliswa as the image he portrays of himself is far from who he truly is.

“Temba is broke and lives off extortion. On countless occasions I have given him money,” she said.

“He has 18 children but he is failing to look after them. On numerous occasions his baby mamas call him seeking money for upkeep their kids, which he does not provide.”

Mutami said upon meeting Mliswa he portrayed himself “like a reformist and you take his word because you say munhu uyu aneta. He will settle. But it has proved to be the opposite.”

“I am no hom0phobic, given the chance I would want to donate to ga_ys and les_bians. I don’t judge people and I don’t hold anyone’s past against them.”

Mutami narrated how she had met with Mliswa in October 2020 during a ceremony in which she was donating medical suppliers in Norton.

“He asked me out. He later took me to his rural home in Shurugwi. He performed an HIV test on me and I had no problem with that.”

Mliswa would later ask her for donations to setup a Covid-19 centre in Hurungwe, allegedly to further his political aspirations.

According to Mutami, to whom Mliswa confided with, the Norton MP’s hunger for political power has forced him to consult ‘spiritual assistance’ from traditional healers.

“I can tell you that Temba has so far travelled across all provinces dropping snuff (bute) as part of a ritual for him to gain political power. He says ndinosvikirwa, ndinesvikiro (I am a spirit medium). That is one of the reasons I want nothing to do with him,” she said.

“He told me one of his sangomas said he will be president but first, Temba had to clear one political hurdle and that is July Moyo.”

She continued: “At his farm (Spring Farm, Karoi) he has a room that he does his rituals naming July Moyo.”

She added: “Temba is not related to the president (as he claims) and neither am I. Its just that the president is a man with a good heart that is probably why he continues to tolerate Temba.

Mutami moved out of Temba Mliswa’s Avondale Villa where she has been living since October.

“I have my own properties in Harare but had moved in because we were in love,” she said.

Turning to her philanthropic work, Mutami who was born in Kwekwe but is now an Australian citizen, said accusations that she misuses donations are fabrications of a scorned lover.

“I am very hurt. I have been donating equipment in various locations with the assistance of Australian Embassy. Some of the equipment I donate, I buy from medical auctions in Australia so that I come and help my people back home. But this has emboldened me to continue to keep donating,” she said.

Efforts to get Mliswa’s comment yesterday hit a brick wall as his phone went unanswered.

We will add his comment once it becomes available.