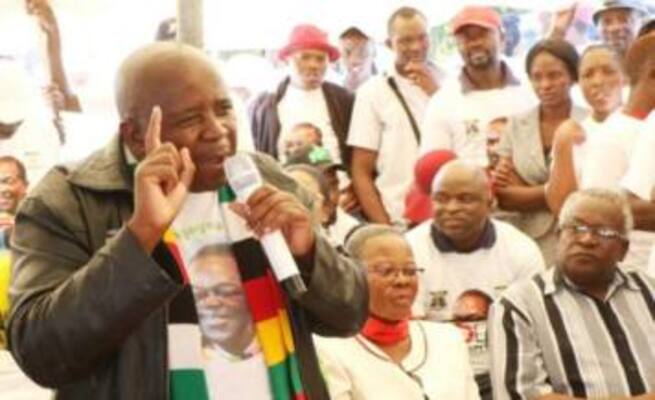 ZANU PF and the opposition MDC Alliance have crossed swords over the proposed dialogue to end the economic crises besetting the country, with the ruling party saying there would not be any talks outside the Political Actors Dialogue Forum (Polad) until the 2023 elections are held.

Church leaders under the banner of the Zimbabwe Council of Churches (ZCC) have been pushing for the main political parties to iron out their differences and restore political stability in the country.

Zanu PF central committee member and party chief whip in the National Assembly, Pupurai Togarepi told NewsDay that any talk about the ruling party engaging in dialogue with the MDC Alliance outside Polad was misplaced.

“We all wished that every political party would join Polad, but others had their views. I am sure that an opening is still there. We say no to the creation of a sideshow,” Togarepi said.

“You want the ruling party to include you, but you also want to exclude others. You start with the toxicity and then you cry. Be a family player, be inclusive and your value will be appreciated. Elitist behaviour after losing the elections will not help our cause as the people of Zimbabwe,” he said.

Togarepi blamed opposition Members of Parliament for not pushing for reforms, only to wake up to protests after the elections.

“Let the opposition MPs bring motions to Parliament for any suggested reforms and debate them. If they make sense, then they will be adopted. No government will ignore a good or reasonable motion. But looking for a soft landing in an electoral defeat wastes time,” he added.

MDC Alliance secretary-general Chalton Hwende said his party would still insist on dialogue to resume, with the issue of President Emmerson Mnangagwa’s legitimacy top on the agenda.

The MDC Alliance insists that its leader Nelson Chamisa garnered over 2,6 million votes. However, official results indicated that Mnangagwa amassed over 2,4 million votes against Chamisa’s 2,1 million.