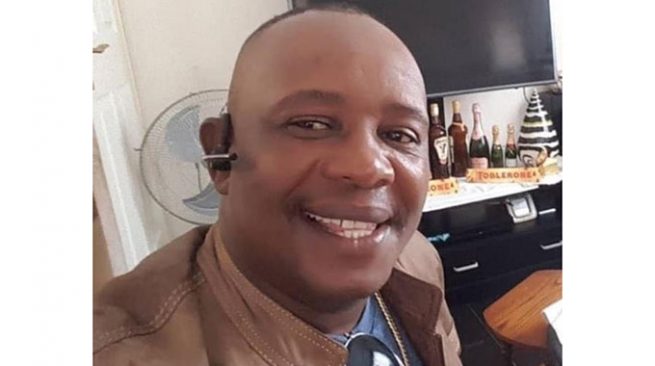 Sungura musician Somandla Ndebele is one of those who have never embraced virtual platforms in a bid to stay relevant and promote the music since the Covid-19 lockdowns started last year.

Many still question why the musician has not been pro-active in pushing his brand on online platforms, yet he is one of the biggest artistes in the Sungura genre.

Ndebele has been in music for so long that he has helped a lot of other musicians, some dead by now, who developed into big brands.

To date, he has produced 25 albums, two DVD albums and several singles, yet it seems he is yet to strike the right chords to underline his profile in sungura.

In an interview, Ndebele said although he has been affected by the Covid-19 pandemic like any other musician, he has never thought of using virtual platforms as he has resorted to hustling in other areas to survive.

The “Rovambira” hitmaker released a new album last year, but never thought of marketing it on social media.

Ndebele said he was surprised that someone decided to upload the album on social media without his approval.

“I am well and had taken a sabbatical because of the Covid-19,” said Ndebele. “Since the lockdowns, things are bad and hard for us, especially musicians who relied on live shows.

“I have been surviving on hustling, doing almost everything so that I can feed my family. They were used to me doing musical shows or even having proceeds from music sales, but things have changed.

“I have not been on social media for long, although I have some accounts there. I released an album ‘Gumbomutsvairo’ in December and was shocked to see it playing on social media. Who uploads people’s music on social media?”

“I was told that the album was already on YouTube and I said to myself, piracy has struck again,” he said.

“There is something that needs to be done, especially helping ‘old dogs’ like us in the music sector. Some might not know how it is done, but workshops and seminars would help.”

Ndebele said he never thought of doing virtual platform shows because he had no time as he was hustling.

“I have heard a lot about the virtual platforms which have been taking place and Nash TV approached me, but the deal did not pass,” he said.

“I hope maybe in weeks to come I will have the chance to perform because it is long since I have been on stage.”

Commenting on his latest offering “Gumbomutsvairo” which has five tracks, Ndebele said the album was inspired by social life.

“The album was released during the lockdown period and if you listen to it very well, most of the songs are about societal settings from love, hustling to social morals,” he said.

Ndebele said he would be dropping another album this year, which he was already working on.

On how artistes could be helped when it comes to using virtual platforms, brand strategist and music critic, Takemore Mazuruse, said a good musician should be dynamic and reinvent with obtaining trends.

“Maintaining an analogue culture when everything has gone digital won’t help anyone,” he said.

“I know artistes are used to the traditional ways of pushing music through live shows and CD sales, but it’s high time they embrace the digital way of streaming their music and selling it online.

“With good online presence and followers, a musician can easily make thousands of dollars through online sales. They just have to invest in quality music production and effective marketing of their projects.”

Mazuruse said artistes should take their music as a business and invest in it.

“Artistes must not take their art as a part time,” he said.

“As trends across the globe have proved, music is business and an artiste’s approach to their music determines the outcome.

“It’s high time they professionalise, invest in a good corporate image as musicians, have meaningful online presence coupled with quality and well-thought content that speaks to their brand culture on their social media platforms.

“That way they will create a community of followers that can support their art and buy the music.”