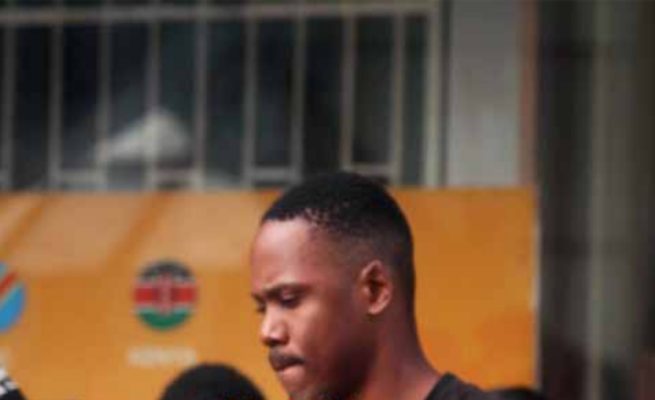 THERE was drama at a money transfer agency branch along Sam Nujoma Street in Harare yesterday when a small house had to make good her escape as the crowd bayed for her blood after she was found in the company of a married man.

The drama escalated to another level when the man who was caught had to drive against the run of traffic following his newly found love.

Keith Mpane was in the arms of his unidentified lover yesterday when his wife only identified as Mai Maka caught him in the company of his lover.

Mai Maka was scolded and called all sorts of names by Mpane who wanted to protect his new love.

Mai Maka grabbed the lover and Mpane started shouting at her which provoked people who were queuing for Mukuru services.

Mai Maka and the lover exchanged harsh words and part of the crowd mostly women intervened baying for the lover’s blood.

Sensing danger from women, the lover took to her heels and Mpane jumped into his car and sped off driving against one way in the direction where his lover had taken.

“Wakajaidzwa iyewe Baba Maka ungaudze mudzimai wako kuti I will shoot you when you are supposed to apologise,” one of the women was heard shouting at Mpane.

The drama attracted a number of people who included shoppers and the lover escaped from being attacked by jumping into a taxi and disappeared.

Mpane later returned and threatened to shoot Mai Maka and the latter ran for life and hid in a shop along Speke Avenue.

Mpane tod H-Metro that he was protecting the innocent person since she is not based in the country.

“Yes there was a fracas but I had to protect the innocent person because that lady stays outside the country.

The lover was reported to have been accompanied to Mukuru by Mpane to send money.