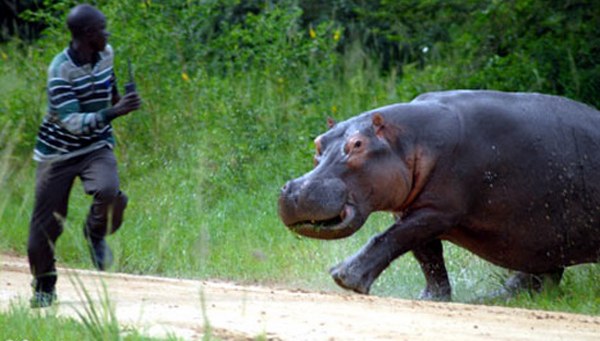 A 37-year-old man from Lushongwe village in Gwanda district died yesterday after he was attacked by a hippopotamus while on his way to work.

The hippopotamus is suspected to be part of two hippos that have reportedly turned Garanyemba Dam into their home.

The deceased who has been identified as Nicholas Ndlovu was reportedly attacked by the hippo yesterday at around 9PM while going to a nearby mine where he works.

He was pronounced dead on admission to Gwanda Provincial Hospital.